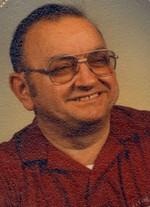 Frank J. Berardicurti of Lake Carey formerly of Rochester, New York died Friday, January 9, 2009 at Geisinger Wyoming Valley Hospital. He was born in Rochester,N.Y. on March 10, 1938 son of the late Frank J. and Gladys Carusi Berardicurti. He was a graduate of Jefferson High School class of 1958 in Rochester. He was an Army veteran of Viet Nam. He worked for Eastman Kodak as a carpenter for 25 years. He was a member of the Lake Carey Volunteer Fire Department and the Sons of Italy in Florida and Pennsylvania. He was preceded in death by a Sister Fay Contestible. Surviving are sons and daughter in laws, Corey and Lisa of Lakeland, Fla., Paul and Donna of Rochester, NY, daughter and son in law, Plechette and Dale Dunton of Tunkhannock, brothers John, Andrew and Joseph all of Rochester, NY, sisters Mary DeBole of Lake Mary, Fla.,Gladys Hoppenbauer of DeBary, Fla., grandchildren Alivia Dunton, Ciara Dunton and Mark Johnson and numerous nieces and nephews. A memorial service will be held in Rochester New York.
To order memorial trees or send flowers to the family in memory of Frank J. Berardicurti, please visit our flower store.