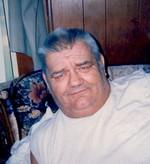 Richard G. Pacanda of Factoryville died at home on Thursday, October 9, 2008. He was born in Kingston, NY in April 25, 1941 son of Carrie Zimmermann and the late Frank Watkins who passed away in 1985. He worked as a truck driver at Huey Trucking in Tunkhannock where he was known to his friends as â€œLead Footâ€. After his retirement he enjoyed hunting, boating on the Finger Lakes, spending time at the Napa Mile Hill Ball Field where he loved to help with the field maintenance, and spending time at the Napa Auto Parts store. He also enjoyed spending time with his buddies at his favorite hangout, The Creekside. He is survived by his mother Carrie Zimmermann Watkins of Factoryville; three daughters, Jennifer and her husband Mark Chandler of Gillett, Lisa and her husband Jeff Posten of Meshoppen, and Leslie and her husband Tom McElhoes of Laceyville. Six grandchildren: Jarrod and Ethan Chandler of Gillett, Brittany and Natalie Posten of Meshoppen, and Ryan and David McElhoes of Laceyville as well as his dog Babe. Besides his father he was preceded in death by his sister Constance Pacanda. Friends may call on Monday October 13th from 6 â€“ 8 pm at The Sheldon-Kukuchka Funeral Home, Inc., 73 West Tioga St., Tunkhannock. Services will be held at the conclusion of calling hours on Monday evening. Interment in the Hanlon Hill Cemetery in Gillett, PA, will be held at a later date at the convenience of the family. In lieu of flowers, donations may be made to the Tunkhannock Community Ambulance Association, P.O. Box 322, Tunkhannock, PA 18657.
To order memorial trees or send flowers to the family in memory of Richard G. Pacanda, please visit our flower store.