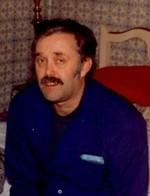 Robert L. Avery of Dalton, Overfield Twp., Wyoming County died Wednesday in the Hospice Unit of Community Medical Center, Scranton. He was born in Overfield Twp. on May 1, 1949 son of the late Donald and Gertrude â€œFreemanâ€ Avery. Robert was a graduate of Tunkhannock High School Class of 1967 and the Johnson Technical School in Scranton. For the past 22 years he was employed by Metro Industries of Wilkes-Barre. Surviving is his wife of 9 years Jessie Miller Avery; sons Mark Avery of Connecticut and Ryan Avery of Tunkhannock; step daughters Kim Holland and June Reed both of Carbondale and Bessie Reed of Jermyn; sisters Ann â€œCookieâ€ Grindall of Dalton, Pam Kitchnefsky and Betty Mitchell both of Tunkhannock, Donna Chepalonis of Exeter, Phyllis Avery of New Hampshire, and Dorothy Freer of Lake Winola; five Step Grandchildren. Funeral services will be held on Saturday at 4 pm from the Sheldon-Kukuchka Funeral Home, Inc., 73 W. Tioga St., Tunkhannock with Rev. Lori Robinson Pastor of the Eatonville United Methodist Church officiating. Interment will be in Fairview Cemetery Lake Winola at a later time. Friends may call at the funeral home on Saturday from 2 pm until time of service.
To order memorial trees or send flowers to the family in memory of Robert L. Avery, please visit our flower store.