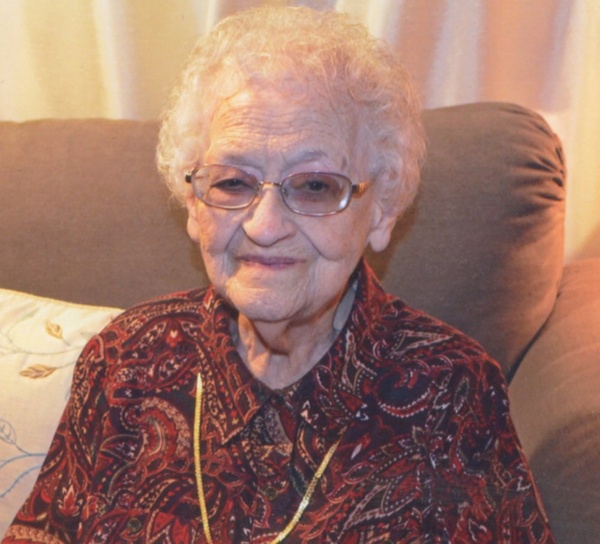 Anna May Way Bartels, 99 of Tunkhannock died Friday March 10, 2017 at the Gardens in Tunkhannock. She was born in Wilmington, Delaware on June 8, 1917, daughter of the late Louis and Anna Louise Lightcap Way. She was a member of the Springville Baptist Church, a loving mother, and grandmother who enjoyed cooking and spending time with her family. She enjoyed drawing, painting and playing the piano. She was a woman of great faith in God and lived her life following God. Anna was preceded in death by her husband Robert Joseph Bartels, son Robert, daughter Sandra Thomas, great grandson Johnathan Prevost, brothers Walter, Elwood, and Louis Way, Sisters Edith Brown, Ethel Meredith. Surviving are sons James and Sandra Bartels, Montrose, Charles and Beth Bartels, Meshoppen, daughters Ann and Rick (Lloyd) Gustin, Meshoppen, Carol and Wayne Allen, Tunkhannock, sisters Dorothy McCaffery and Evelyn McKinnon of Delaware, 15 grandchildren, 27 great grandchildren and 5 great great grandchildren. The family would like to express their deepest thanks to The Gardens, Tunkhannock and Asera Care Hospice for the support, care and compassion they showed to our mom and our family. It was greatly appreciated. Funeral services will be held on Thursday March 16, 2017 at 2 pm from the Sheldon-Kukuchka Funeral Home Inc., 73 West Tioga St., Tunkhannock with Pastor Roger Rosenau of the Springville Baptist Church. Interment will be in Grace Lawn Cemetery, Wilmington, Delaware. Family will receive friends at the funeral home from 12 noon until the time of service. Those wishing may make memorial contributions to the Springville Baptist Church. On line condolences may be sent to the family at www.sheldonkukuchkafuneralhome.com.
To order memorial trees or send flowers to the family in memory of Anna Bartels, please visit our flower store.