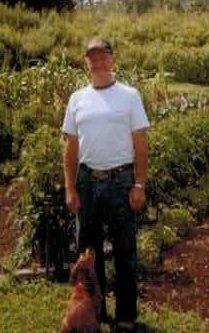 Arthur J. Faux, 81, Vernon died Wednesday September 7th at the Timber Ridge Nursing Home in Wilkes-Barre, PA. He was preceded in death by his wife of 38 years Beverly Jo Ayre Faux. Arthur was born in Northmoreland Twp. Wyoming County on April 19, 1935 son of the late Joseph and Cloe Evans Faux. He was a veteran of the United States Marine Corp. He then was a Heavy equipment Operator until he retired. He enjoyed spending tireless hours in his prize garden at his home in Vernon. He is preceded in death by his brothers Joseph H., Wilmer, Robert E. and Bill Faux. He is survived by his son Arthur Jr. and wife Michele, of Centermoreland, daughters Wendy Faux and Becky Faux both of Dallas, PA, brother David Faux, of Forkston, sisters Ethel Kidd, and Donna Robinson, both of Tunkhannock. Five grandchildren and nine great grandchildren and also his companion of the last several years Shirley Kibler of Tunkhannock. Funeral services will be held on Tuesday, September 13th at 11:00 AM from The Sheldon-Kukuchka Funeral Home, Inc. 73 West Tioga St. Tunkhannock, PA. Interment will be held in Perrins Marsh Cemetery Centermorland. A viewing for friends and family will be held Monday evening from 6:00 PM to 9:00 PM. For directions or online condolences please visit www.sheldonkukuchkafuneralhome.com.
To order memorial trees or send flowers to the family in memory of Arthur J Faux, please visit our flower store.