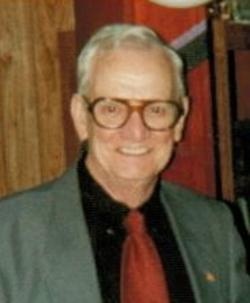 Arthur E. Johnson Arthur E. Johnson of Maple Ave. Tunkhannock died Tuesday August 20, 2013 in the Meadows Nursing and Rehabilitation Center in Dallas. Art was born in Tunkhannock on January 31, 1927 son of the late Harry and Mable Fargo Johnson. He was an Army Veteran, member of the Tunkhannock Assembly of God Church serving as Sunday School Superintend. Art enjoyed word searches, e-mail, and working on cars, his real love was his family and grandchildren. He was preceded in death by brothers George and Charles Johnson, sisters Ella Howard, Edna Lauiska, and Geri Hall. Surviving is his wife of 66 years Rosella Yurksza Johnson, Sons Arthur A. and wife Kathy, Donald W. all of Tunkhannock, Brothers Clifford Johnson of Jessup, Billy Johnson of Harrisburg, grandchildren Arthur A. Johnson Jr., Kimberly Johnson Brown, great grandchildren Katherine, Kyle, Connor and Jordan Cameron. Funeral services will be on Saturday August 24, 2013 at 12 noon from the Tunkhannock Assembly of God Church with Pastor Rick Wormer, Interment will be in Sunnyside Cemetery, Tunkhannock. Friends may call from 11 am until the time of service. Arrangements by the Sheldon-Kukuchka Funeral Home, 73 W. Tioga St., Tunkhannock. On line condolences may be sent to the family at www.sheldonkukuchkafuneralhome.com,
To order memorial trees or send flowers to the family in memory of Arthur E. Johnson, please visit our flower store.