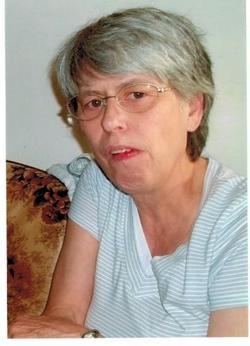 Barbara J. Yurksza of Remington Road, Tunkhannock passed away at the Regional Hospital in Scranton shortly after admission on Monday. She was born in Meshoppen on January 12, 1952 daughter of Clarence and Gertrude Garnet DeWolfe. She was a 1970 graduate of Tunkhannock High School and was employed as a clerk at Weiss in Tunkhannock. She was preceded in death by a granddaughter Britney Giberson. Surviving is her husband of 27 years James Yurksza, daughters and son-in-laws; Tammera McCormick and husband Thomas Corker Jr of Tunkhannock, Julie Bassindale and husband Brent of Ontario Canada and Donna Miller and husband Shawn of Factoryville; brothers, Arden DeWolfe of Tunkhannock, Eric DeWolfe of Kutztown, and Leonard DeWolfe of Forkston, and 18 grandchildren and 3 great-grandchildren. Funeral Services will be held on Saturday at 10 am from the Sheldon-Kukuchka Funeral Home, 73 W. Tioga St., Tunkhannock with Pastor David Hinkle officiating. Interment will be in Union Cemetery, Mehoopany. Friends may call at the funeral home on Friday from 5 – 8 pm. Online condolences may be sent to the family at www.sheldonkukuchkafuneralhome.com.
To order memorial trees or send flowers to the family in memory of Barbara J. Yurksza, please visit our flower store.