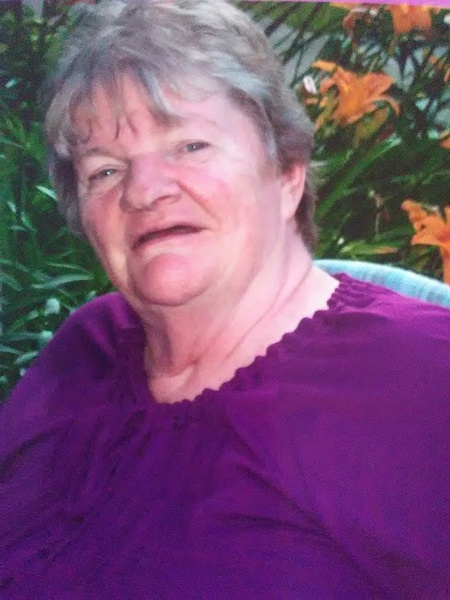 Bertha Bedell, 77, of Tunkhannock, PA passed away Friday, February 19, 2021 at General Hospital in Wilkes-Barre, PA. She was preceded in death by her husband, John Bedell Sr in 2012. She was born December 25, 1943, in Sussex, N.J. and a daughter of the late Zenas Raymond and Alma Belcher. She was preceded in death by brothers; Freeman, Donald, Ernie, William, and Lindbergh Sisters; Alma Sudek and Theresa Webb. She married the love of her life in March of 1962. They bonded over their love of horses, music, family, and travel. She regularly enjoyed traveling with John over the road seeing various parts of the country when possible. She would go on to take part in singing opportunities with John’s bands. She would also take on the very challenging role of a Trucker’s wife. A role that often leaves a woman wearing all of the hats: mother, accountant, short order cook, maintenance, entertainer, teacher, disciplinarian, etc. etc. She achieved expert level knowledge in providing attitude adjustments as needed in various formats one might add. Soon after they married, they began a family eventually having 3 troublesome little boys, their only daughter, and then a baby boy. Her family was one of the most important things to her in life. Even later in life she would commonly be helping her children and grandchildren when the times called for it. Holidays, cook outs, and family gatherings she would always have staple dishes and truly enjoyed cooking for everyone. Country music spoke to her heart and provided that life beat of the moment whether it was her John’s music, George Jones, George Strait, or singing and dancing along with her grandchildren to Dolly and Kenny and their islands in the stream... all the while creating memories that will surely last a lifetime and then some. She had a penchant for being a bit of a rebel as well as a bit mischievous. Nearly everyone recognizes that twinkle in her eye and instantly knew she was up to something. The number of stories she could tell of her adventures seemed fathomless at times. She enjoyed playing cards such as spades, pinochle, canasta, and others. She had her favorite television shows and actors… we all know about how amazing Chuck Norris is but it’s quite possible Chuck was more amazing because of her… She has etched a special place in the hearts of so many and given them safe haven when they needed it most in a nurturing, growth environment befitting of someone with the biggest of hearts. She was a wonderful mother, grandmother, and great-grandmother… she will be dearly missed. She is survived by her daughter, Wanda Campbell and her husband, Bill, Tunkhannock, Pennsylvania; four sons, John and his wife, Nancy, Meshoppen, PA; Charles “Billy” and wife Lana, Factoryville, PA; Randy and his wife, Tammy, Factoryville, PA; and Lucky and his wife Rose, Hop Bottom, PA; along with numerous siblings, nephews, nieces, grandchildren, and great grandchildren. Heaven has gained a new angel and John once again has his backup singer, duet companion, shotgun rider, love of his life and last dance. Without a doubt they are looking down upon us all smiling at the amazing legacy of a loving, caring family they created. Until we meet again… enjoy the view it was all because of you. Family and friends are invited to attend Bertha’s funeral service which will be held on February 27, 2021 at 11:00 AM from the Sheldon-Kukuchka Funeral Home, Inc. 73 W. Tioga St. Tunkhannock with Pastor Gary Myers presiding. Interment will follow in Sunnyside Cemetery, Tunkhannock. A viewing will be held from 10:00 AM until the time of service on Saturday.
To order memorial trees or send flowers to the family in memory of Bertha Bedell, please visit our flower store.