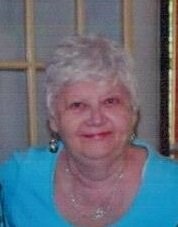 Beverly A. Marlatt of Tunkhannock died Tuesday in The Gardens in Tunkhannock. She was born on Shupp Hill on August 10, 1938 daughter of the late Andrew and Elizabeth Ball Yurksza.

She was a 1956 graduate of Tunkhannock High School. And prior to her retirement she had worked at the Spring Grove Inn, Lake Carey, Prince Hotel and McDonalds in Tunkhannock. And she served as a volunteer at Tyler Memorial Hospital.

Funeral services will be held on Saturday at 2 PM from the Russell Hill United Methodist Church with Pastor Jerry Mattocks. Interment will be in Sunnyside Cemetery Tunkhannock. Friends may call at the church from 12 noon until the time of service. Those wishing may make memorial contributions to the Tunkhannock Public Library or to the Russell Hill United Methodist Church.

To order memorial trees or send flowers to the family in memory of Beverly A. Marlatt, please visit our flower store.