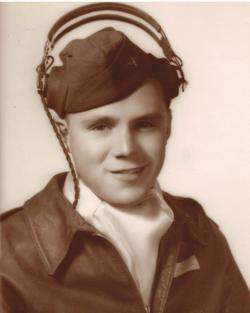 Bruce R. Rathbun Bruce R. Rathbun passed away July 21st in Tunkhannock. Born August 7, 1922 in Wyalusing, he was the son of the late Bruce R and Florence Mann Rathbun Sr. Bruce was a 1940 graduate of Wyalusing High School. After graduation he entered Millersville State Teachers College and then enlisted in the Air Force in 1942. He attended flight school and received his wings and commission in March of 1944. He trained to pilot a B-26 Median Bomber and left for England and France in August of 1944. He flew missions in Eastern France and Western Germany until the end of World War II. He was discharged in January 1946 and remained in the Air Force Reserves until his retirement in 1978 as a Lt. Colonial. He returned to Millersville and graduated with a B.S. in Education. Bruce began his career in education at Tunkhannock High School in September 1946 as an Industrial Arts Teacher and continued for 19 years in that position. He received his Master’s degree in School Administration from the University of PA in 1951 and became the high school principal for the next 10 years and administrative assistant for the following 3 years retiring in 1978. Bruce was a member of the Tunkhannock Rotary Club, the Tunkhannock Presbyterian Church and the Dennis Strong American Legion Post 457. Bruce was an avid golfer and started playing in the 1950’s. He and a friend were the first golfers to tee off at Shadowbrook on opening day in 1960 or 61. He remained a member of the golf club since that beginning. He was the first Tunkhannock High School high school golf coach and also won a couple of senior club championships. Bruce was preceded in death by his wife Anna M. Moore Rathbun and a brother Edward Alan Rathbun. He is survived by a daughter Beth Miner and husband William of Meshoppen, Sister Jane Rathbun Shulze of Wyalusing; grandsons Zachary and wife Christa of Exeter and two great-grandsons Aidan and Nicholas. Funeral services will be on Saturday at 11 am from the Sheldon-Kukuchka Funeral Home, 73 W. Tioga St, Tunkhannock with the Rev. Kenneth Trexler officiating. Interment will be in Sunnyside Cemetery, Tunkhannock, PA. Calling hours will be Friday evening from 6- 8 pm and on Saturday from 10 am until the time of the service. In lieu of flowers memorial donations may be made to the Dennis Strong American Legion Post 457 Building Fund, PO Box 457, Tunkhannock, PA 18657. On-line condolences may be sent to the family at www.sheldonkukuchkafuneralhome.com.
To order memorial trees or send flowers to the family in memory of Bruce R. Rathbun, please visit our flower store.