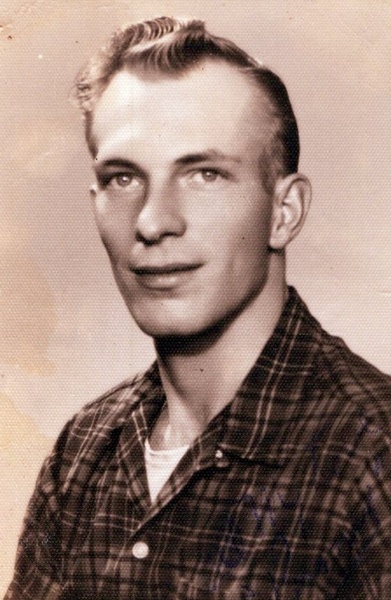 Byron B. Gummoe Jr., 90 formerly of Tunkhannock passed away Wednesday March 10, 2021 at his home. He is survived by his wife Frances Myers Gummoe. Born in Clifford on September 26, 1930. He was the son of the late Byron and Mary Chapman Gummoe. He was a member of the Tunkhannock United Methodist Church. He served his country in the United States Air Force during the Korean conflict. In addition to his wife, he is survived by son, Byron B. Gummoe III and wife Mamie; daughters, Franette L. Allen and husband Gary, MaraBeth L. Hein and husband David; sister Carol Roth and husband Stephen; grandchildren Kristin, Kaci, Garrett, Ashtynn, and Amanda. Byron was also preceded in death by his sisters, Betty Cottrell, Marion Wargo, and Ethel Ward; brother, Gerald Gummoe. Family and friends are invited to attend Byron’s funeral service which will be held on Sunday March 14, 2021 at 2:30pm from the Sheldon-Kukuchka Funeral Home, Inc. 73 W Tioga St. Tunkhannock, PA 18657 with Pastor Jon Buxton of the Tunkhannock United Methodist Church presiding. A viewing will be held from 1:30pm until the time of service on Sunday.
To order memorial trees or send flowers to the family in memory of Byron B. Gummoe, please visit our flower store.