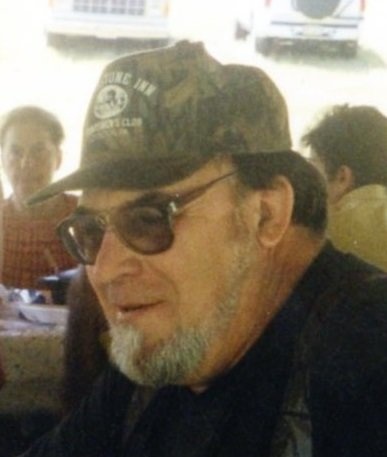 Carl A. Goble, 67 of Mehoopany died Thursday at his home. He is survived by his wife of 27 year Lisa Goble and would be celebrating the 28th anniversary on December 30. He was born on February 3, 1949 in North Eaton. Son of the late Timothy and Irene Wells Goble. Carl is a veteran of the United States Army. He served in Vietnam. He retired from S McClain Stone Co where he was employed as a truck driver. He enjoyed building bird feeders, watching birds, driving truck and he especially loved his dog Bowzer and bunny Buster. Carl loved spending time with his family. He was preceded in death by his sister Gloria "Bridget" Wiltsie and Brother Bob Goble. He is survived by Sons Donald Goble of Bradford County, Scott Goble and girlfriend Lexi Baker of Mehoopany. A very extra special young man, Charles Richter of Jenningsville. Brothers, Donald Goble, of Buckwheat Hollow, David and Cheryl Goble of Tunkhannock PA, Nelson Goble of Tunkhannock PA., and brother in Law Herbie Wiltsie, of Centermorland, Sister, Kimberly Goble Svec and husband Rick of Harvey's Lake. 2 grandchildren, Shylo and Ryvir Goble of Camptown pa and several nieces and nephews. A Memorial Service will be held on Monday evening August 29th at 8:00 PM from the Sheldon-Kukuchka Funeral Home, Inc. 73 West Tioga St. Tunkhannock, PA with Pastor Lynn Mowka officiating. A gather of friends and family will be held on Monday evening from 6:00 PM until the time of the service. For directions and on line condolences please visit www.sheldonkukuchkafuneralhome.com.
To order memorial trees or send flowers to the family in memory of Carl A. Goble, please visit our flower store.