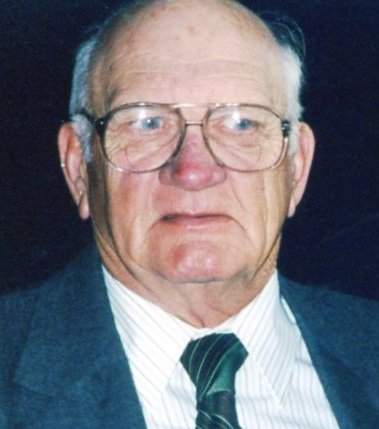 Carl William Smith, Sr. made his final journey home on Wednesday, November 9, 2016. Always an active, energetic fellow, Carl never fully recovered from a lawn tractor accident on September 4th. Born on April, 10, 1926, Carl was raised on his family’s dairy farm near Beaumont. The son of the late Charles and Jennie Hess Smith, he was educated in the Beaumont School, graduating in the class of 1942. Carl spent his entire life working on the family farm and in the family trucking business as he hauled milk from local farms to a dairy for processing, and also as he delivered coal to hundreds of homes throughout the Back Mountain Area. Many area folks will remember Carl as their school bus driver, since in his later years he drove the family operated school bus #27 from Beaumont Area to the schools in Tunkhannock. Carl married the late Pauline Race Smith in 1945 and they built a home on the family farm where lived together until Pauline’s death during their 60th year of marriage. After her death, Carl continued his lifelong hobby…work. When he retired from driving school bus, he continued his “job” by mowing his extensive lawn and riding his ATV on the farm on which he lived his entire life. Neighbors could always be certain of a visit from Carl on his ATV. Besides his parents and wife, Carl was preceded in death by his brother, Franklin “Bobby”, and his sister, Althea. His is survived by his children, Carol Ferguson and husband, Robert of Lake Carey and Carl W. Smith Jr. of Beaumont. Grandchildren Jared and Ilene Freguson of Chester NJ, Erin Freguson and Husband Richard Quanstrom of Lake Carey. Great-Grandchildren Jacob and Taylor Ferguson, and several Nieces and nephews. Funeral Services will be held on Saturday November 12, 2016 at 2PM from the Sheldon-Kukuchka Funeral Home 73 W. Tioga St. Tunkhannock, PA with pastor Val Rommel of the Kunkle United Methodist Church officiating. Friends and family may call the funeral home from 12 until the time of service. Burial will be in Fern Knoll Cemetery in Dallas. In Lieu of flowers please send memorials to the Kunkle United Methodist Church 117 Old Highway Rd Dallas, PA 18612. For directions and online condolences please visit www.sheldonkukuchkafuneralhome.com
To order memorial trees or send flowers to the family in memory of Carl Smith, please visit our flower store.