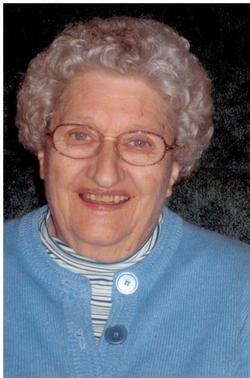 Cecelia Theresa Wiernusz Kobylski, 90, of Tunkhannock, passed away peacefully at Little Flower Manor, Wilkes-Barre, PA on Wednesday, June 29, 2016 surrounded by her devoted children. Born in Wilkes-Barre on October 31, 1925, she was a daughter of the late Michael and Frances (Rokosz) Wiernusz and was the wife of the late John Kobylski, Sr. Cecelia’s greatest joy was her family. She was a loving wife, mother and grandmother. One of her favorite passions was her garden in which she took exceptional pride and also the family farm. She was a devout Catholic and a member of the Nativity B.V.M. Church and its Altar and Rosary Society. In addition to her parents, she was preceded in death by her husband of 51 years, John Kobylski Sr., brothers Edmund, Leonard and Chester Wiernusz; and sisters Ann Stroka and Mary Chellis. She is survived by daughters Susan and husband Robert Smith, Jenkins Township, Kathryn and husband Michael Purcell, Jenkins Township: sons John Jr and Richard Kobylski, both of Tunkhannock. She is also survived by grandchildren Nathaniel Smith and Megan, Meredith, and Marin Purcell. Also surviving is her brother Michael and wife Jane Wiernusz of Tunkhannock and sister-in-law Irene Wiernusz of Tunkhannock as well as numerous nieces, nephews and cousins. Cecelia’s family would like to thank the staff and the Carmelite Sisters at Little Flower Manor for the compassionate care given to their mother during the four years she was under their care. A Mass of Christian Burial will be held on Saturday July 2nd at 10 am from the Church of the Nativity BVM, 99 E. Tioga St., Tunkhannock, PA. Friends and family are requested to go directly to the church. Friends and family may call on Friday July 1st from 6 – 8 pm at the Sheldon-Kukuchka Funeral Home, 73 W. Tioga St., Tunkhannock, PA. Online condolences may be sent to the family at www.sheldonkukuchkafuneralhome.com. Tribute Video: https://www.tributeslides.com/tributes/show/Z7XPTF7PN5DGZGSK
To order memorial trees or send flowers to the family in memory of Cecelia T Kobylski, please visit our flower store.