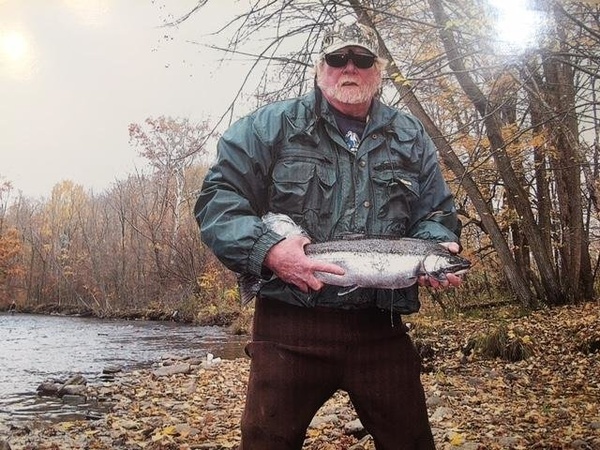 Dave E. Weaver II 61, of Jenningsville died Thursday March 23 at his residence. He is survived by his wife Sue Nonnemacher Weaver. Dave was born in Meshoppen on April 25, 1955 son of Joyce Williams Weaver, of Tunkhannock and the late Dave Weaver Sr. He was a graduate of the Wyalusing Valley High School, and worked as a Lineman for the Electric Company. He was a member of the Jenningsville United Methodist Church, enjoyed trips to New York, fly fishing, tying fly’s, and playing pitch at the Lovelton Hotel, Genny Cream Ale, his special dog “Buford” and spending time with his grandchildren. He is preceded in death by his son Dave III, brother in laws Chip and Kim Nonnemaker. He is survived by his son Daniel and wife Danielle, of Jenningsville, brothers Pete, of Missouri, John, of Waymart, brother in law John Nonnemacher, of Jenningsville, sister Cindy Moore, of North Carolina, sister in law Nancy Saxe, grandchildren Danelle,Erin,Emily,Delraye, and Brody. A Memorial service will be held on Tuesday March 28th at 11:00 AM from the Jenningsville United Methodist Church. Services by Sheldon-Kukuchka Funeral Home, Inc. 73 West Tioga Street Tunkhannock, PA 18657. For directions and online condolences please visit www.sheldonkukuchkafuneralhome.com
To order memorial trees or send flowers to the family in memory of David E. Weaver, please visit our flower store.