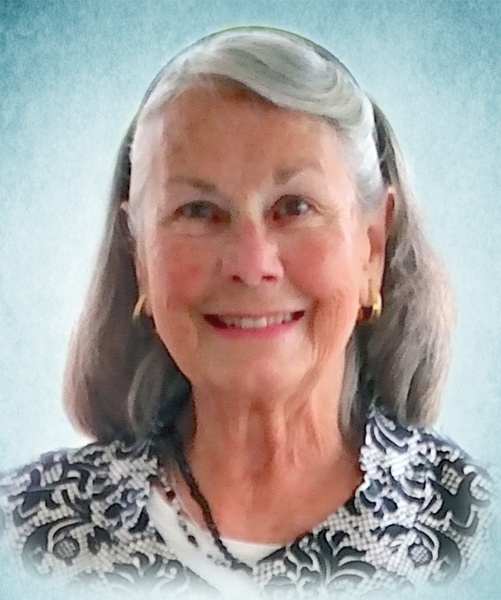 DeAun Mackie Schicktanz, 83, of Tunkhannock, PA, died Saturday March 9, 2019 in Swarthmore, PA. She is survived by her loving husband, Tom Schicktanz. Tom and DeAun would have celebrated their 63rd wedding anniversary on May 27.

Born in Topeka, Kansas on January 2, 1936, DeAun was the daughter of the late Frank and Flossie Short Mackie.

A child of the sunflower state, she grew up in Maple Hill, KS.  After graduating from Maple Hill High School, she attended Kansas State University where she was a member of Alpha Delta Pi Sorority, the cheerleading team, and was the 1954 Homecoming queen.  At Kansas State she met Tom, who she later married.  They moved several times with Tom’s career at Procter and Gamble, settling in Tunkhannock in 1967.

DeAun was first and foremost devoted to her family.  She cherished her roles as wife, mother, grandmother and great grandmother. Her extended family benefitted greatly from her love, caring and attention.  She was happiest when surrounded by her family and spent many weeks of the year traveling with Tom and her children and grandchildren.

She was involved in several charitable activities, among them the Tunkhannock Area School Board Citizens Advisory Council, United Way of Wyoming County, ESL teacher, and Meals on Wheels in Cincinnati, OH.

DeAun enjoyed extensive travel both in the US and internationally. She especially loved living in Australia with Tom, overlooking the Sydney Harbour.

In addition to her parents she was preceded in death by her sister LaVina Schulte.

She will be missed greatly but leaves a lasting legacy to family, friends and all those who knew her.

Funeral services will be held privately.

In lieu of flowers memorial donations can be made in DeAun’s name to the Tunkhannock Public Library, 220 W. Tioga St. Tunkhannock, PA.

To order memorial trees or send flowers to the family in memory of DeAun Schicktanz, please visit our flower store.