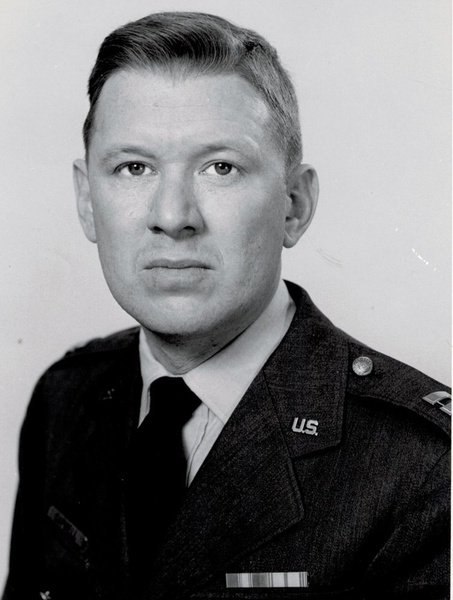 Donald B. Capwell 88, of Tunkhannock died Wednesday November 15 at The Gardens in Tunkhannock. He is survived by his wife of 36 years Barbara A. Flanders Capwell.

He was born in New York, New York on Jun 12, 1929 son of the late Benjamin and Muriel Ranke Capwell.

He was a 1946 graduate of Kew Forest School, Forest Hills, N.Y., received his Bachelor’s Degree in Mechanical Engineering from Duke University and a Master’s Degree in Business Administration from Cornell University. Donald was a Lt. Col. of the United States Air Force Reserves. He enjoyed golf, Bowling, and skiing.

He is survived by his daughter Karen and husband Chuck Derrick, step-sons, Michael and wife Kris Shofner, and Bradley and wife Rene Shofner, two grandchildren and two step grandchildren.

Services will be held at the conveniences of the family. Arrangements by Sheldon-Kukuchka Funeral Home, Inc. 73 West Tioga St. Tunkhannock, Pa. For on line condolences please visit www.sheldonkukuchkafuneralhome.com.

To order memorial trees or send flowers to the family in memory of Donald B. Capwell, please visit our flower store.