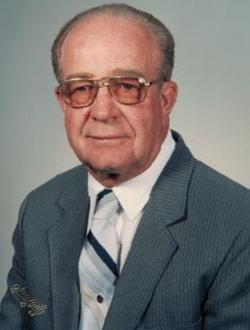 Donald E. Lunger of Whites Ferry Rd, Falls passed away at home on Monday January 28th. He was born in Benton Township, Columbia County on June 27, 1924. He was a son of the late Furman and Mary Edwards Lunger. He attended Benton High School and served with the United States Marine Corps during World War II. For many years he worked for the American Breeder Service breeding cows in Wyoming, Bradford, and Susquehanna Counties. He retired in 1990 from the AAA Motor Club of Scranton. Don enjoyed playing baseball and played on an AA baseball team in the Allentown Area before moving to Wyoming County. For many years he served as a little league and teener coach for the Christie Mathewson Little League. He was an avid bowler bowling in many local leagues. Don was a member of the Black Walnut Legion post 510 and the Lake Winola United Methodist Church where he served as Sunday School Teacher and helped with the preparation of their annual venison dinner. He was an active member in the Tunkhannock Kiwanis Club and in 1986 was one of the main organizers for the Kiwanis Wyoming County Fair. Don was the longest standing chair of the agricultural area for the fair. He was the recipient of the Kiwanis International Hixson Award in 2001 and in 1999 was the recipient of the Tunkhannock Area Middle School Builders Club Community Service Award. He was an avid Phillies fan and enjoyed golfing with family and friends. In particular he loved his garden and was very proud of how it looked. Don enjoyed the time he spent with his grandchildren as they participated in horseback riding events and other sports. Don was preceded in death by brothers; Vernon and James Lunger and sisters; Marguerite Roberts and Dorothy Heinrich. Surviving is his wife of 64 years Emilie Kerlin Lunger, a son Edward Lunger of Tunkhannock, daughter Judy Johnson of Falls. Grandchildren Amy Yuhas and husband George of Falls, Melissa Harvey of Los Angeles CA, great grandchildren Courtney Garrett and Olivia Yuhas. Brothers Robert and wife Jane of Dalton, Leo and wife Evelyn of Shrewsbury, PA , and Furman and wife Dorothy of Springville, a sister Annabelle Sands of Tunkhannock. Funeral services will be held on Friday at 10 am from the Lake Winola United Methodist Church with Rev. Joan Dodson. Interment will be in Chapel Lawn Cemetery in Dallas. Friends may call at the Sheldon-Kukuchka funeral Home, 73 W. Tioga St, Tunkhannock on Thursday from 4 – 7 pm. Those wishing may make memorial contributions to the Tunkhannock Kiwanis Most Improved Student of the Year award. PO Box 419 Tunkhannock, Pa 18657. For online condolences please go to www.sheldonkukuchkafuneralhome.com.
To order memorial trees or send flowers to the family in memory of Donald Elmer Lunger, please visit our flower store.