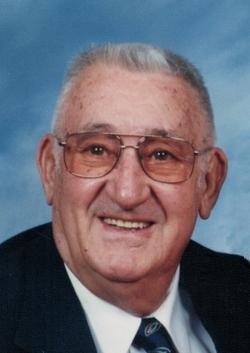 Donald Morgan Scudder, of Harrison St. Tunkhannock, died Thursday, May 30th at Geisinger Wyoming Valley Medical Center. He was born in Deposit, NY on September 19, 1928 son of the late Reid and Blodwin Morgan Scudder. Donald was employed by Bendix in South Montrose for 40 years and retired in 1992. He was a member of the Assembly of God Church in Tunkhannock and enjoyed bowling, hunting, fishing, woodworking, and was an avid baseball fan and softball player. He will be dearly missed by his wife, children, grandchildren and great-grandchildren. He was preceded in death by his sister’s Grace Crandall, Phyllis Furgeson, Mildred Albee; brother Oliver Scudder, and niece Bonnie Youells. Donald is survived by his wife of 50 years Emma Jean Space Scudder; son Donald Jr. and wife Amy of Tunkhannock; daughters, Cinda and husband Mark Novitch of Nicholson and Linda and husband Larry Castorina of Hop Bottom, Fred and wife Bonnie Mislevy, and James and wife Sharon Mislevy all of Tunkhannock; nephew Bobby Youells; grandchildren Tim and wife Collen Mislevy, Mike and Jason Mislevy, Melissa and husband Steve Kuffa, Lisa Morgan and husband Ron Truesdale, Morgan Scudder, Fred Hemmerly and finance Heather Leavesley, Mark and wife Kelly Hemmerly; great-grandchildren Dylan and Aidan Mislevy, Lincoln and Gabrielle Truesdale, Chevy Scudder, and Gianna Hemmerly, as well as his pet dog Tipper. A special thanks is given to Dr. John Gardner and Dr. Robert Fiorelli. Funeral services will be held Monday and 11 a.m. from the Tunkhannock Assembly of God Church with Pastor Rick Womer, Pastor of the Tunkhannock Assembly of God Church. Interment will be in Sunnyside Cemetery. Friends may call at the Sheldon-Kukuchka Funeral Home, 73 W. Tioga St., Tunkhannock on Sunday from 4 – 6 pm. In lieu of flowers memorials may be made in Donald’s name to the Tunkhannock Assembly of God Church, 181 N. Bridge St. Tunkhannock, PA 18657. Online condolences may be sent to the family at www.sheldonkukuchkafuneralhome.com.
To order memorial trees or send flowers to the family in memory of Donald M. Scudder, please visit our flower store.