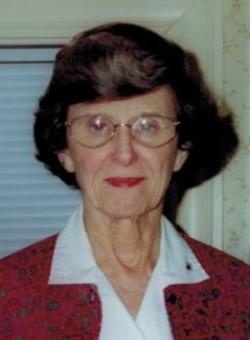 Donna R. Clark of Tunkhannock died on Friday March 21, 2014 in the Golden Living Center in Tunkhannock were she had been a guest for a short time. She was born in Wyalusing on June 19, 1927 daughter of the late Dennis and I. Vanessa Bosworth Navle. Donna was a 1945 graduate of Wyalusing High School. Prior to her retirement she served as secretary for two Wyoming County judges. When she was young she worked for a while in Washington DC. Soon after that she met a young Marine, her late husband Fred Clark, who would be her husband for 62 years until his death in 2009. For many years Donna and Fred enjoyed going on cruises with their many friends. This same group could often be found Friday nights at the Prince Hotel at the center of a lively social scene. She was gracious and would always welcome friends and family into her home, even when her son brought his friends home after too much partying. She also tolerated the Yankee fans in the family. She loved her grandkids and was happy to spoil them whenever the opportunity presented itself. She had many cats over the years. They were always treated with affection in spite of scratching up the furniture and getting in the garbage. She was kind and caring and always put others ahead of herself. She will be missed. Surviving is a son Dane and wife Shawn of Tunkhannock, daughter Lynn Y. Clark of White Haven, brothers Denny Navle of Washington, State, Lee Navle of Atlanta, Ga., grandchildren Erin Tench of State College and Josh Clark of Richmond, Va. A memorial service will be held on Saturday, March 30, 2014 at 2 pm from the Sheldon-Kukuchka Funeral Home Inc., 73 W. Tioga St., Tunkhannock. Interment of cremains will be in Sunnyside Cemetery Tunkhannock. Friends may call at the funeral home from 1 pm until the time of service. Those wishing may make memorial contributions to a local charity of their choice. On line condolences may be sent to the family on www.sheldonkukuchkafuneralhome.com.
To order memorial trees or send flowers to the family in memory of Donna Clark, please visit our flower store.