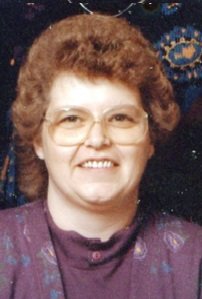 Donna Michael Patterson On the afternoon of Saturday, July 4th, 2015, Donna lost her battle with cancer at the Hospice of the Sacred Heart in Dunmore, Pennsylvania. She was sixty-six. Donna was born on March 24, 1949, in Lewisburg, Pennsylvania. She was the daughter of the late Monroe W. and Sara Ann (Hulsizer) Michael. She graduated from Milton Area High School in 1967 and shortly thereafter married James on February 24, 1968. The two eventually settled in Tunkhannock, Pennsylvania, where she was an insurance agent with Bluhm Insurance Agency for twenty years. Following their lifelong dream, Donna helped her husband run the family-owned Carriage Inn Restaurant for twenty-two years. Those who knew her know she was a sensitive and compassionate woman who was able to strike up conversations with anyone who crossed the threshold of the Carriage Inn. Throughout her life, she taught the people around her the value of hard work and the importance of family. Her kindness, generosity, and love for her family and friends were unparalleled and she was a strong woman with an amazing sense of humor. The last year was a hard one for Donna but those who knew her can be comforted by the fact that she is in heaven sharing her gift of gab and catching up with those family and friends who have gone before. Donna was preceded in death by her parents, Monroe and Sara Ann. Her husband of forty-seven years James, son Philip, daughter Jamie, and grandson Michael as well as two brothers, William and James, survive her. Services will be held at the Sheldon Kukuchka Funeral Home at 73 West Tioga Street, Tunkhannock, Pennsylvania. The viewing will be from 6:00pm - 8:00pm on Wednesday, July 8th, and the funeral will be at 11:00am on Thursday, July 9th. Interment will be at Sunnyside Cemetery in Tunkhannock following services on Thursday. Memorial contributions can be made to The Hospice of The Sacred Heart 600 Baltimore Drive Wilkes-Barre, PA 18702
To order memorial trees or send flowers to the family in memory of Donna M. Patterson, please visit our flower store.