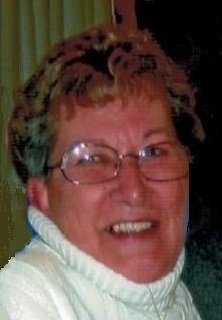 Donna Lee Pecellak of Eaton Hills, Tunkhannock died Wednesday, April 6 at her home. She was born in Newton New Jersey on August 8, 1948. Donna is the daughter of Adelaide Parr of Tunkhannock and the late Robert E. Parr. She was a graduate of North Hunterdon Regional High School class of 1966. She retired from Tunkhannock Auto Mart where she worked for many years. She was preceded in death by her husband, Joseph Pecellak in May of 2008. Surviving are her sisters, Darlene Hoff (Walter) of Easton, Pennsylvania, Debra Benson (James) of Mehoopany, Pennsylvania, brothers Robert Parr (Kenni) of Tunkhannock and Richard Parr (Michelle) of Tunkhannock. She is also survived by 7 nieces, 7 nephews 8 great nieces ,10 great nephews and one great-great niece. Funeral services will be held on Saturday, April 9th at 10 am from the Sheldon Kukuchka Funeral Home Inc. 73 W. Tioga St. Tunkhannock. Family and friends may call Friday from 6 to 8. Interment will be in Sunnyside Cemetery immediately following the service. Saturday April 9, 2016, 10 am at Sheldon-Kukuchka Funeral Home Click for Map and Directions Friday April 8, 2016, 6 pm - 8 pm at Sheldon-Kukuchka Funeral Home Click for Map and Directions
To order memorial trees or send flowers to the family in memory of Donna Lee Pecellak, please visit our flower store.