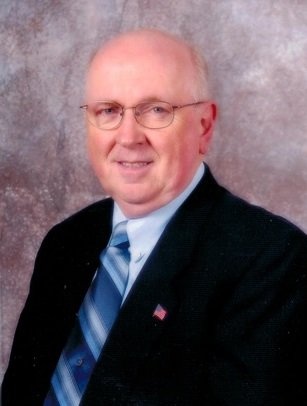 Earl L. Samuel of Dallas went home to be with the Lord on July 10th, 2015 at Hospice of the Sacred Heart in Dunmore, PA, surrounded by his loving family. He was born on April 26th, 1943 in Johnstown, PA, son of the late David W. and Mary Grace Hoffman Samuel. Mr. Samuel was a graduate of Richland High School, Johnstown, PA, class of 1961. He was also a graduate of Juniata College, class of 1965. He later received his Master’s degree from St. Francis University in 1967. While at Juniata, Earl competed in the sports of Cross Country and Track and Field, and was a Middle Atlantic Conference Champion in the 2 mile run in 1964, breaking the conference record at the time. He was later inducted into the Juniata Sports Hall of Fame in 1997. He served honorably in the United States Army for 16 years, mainly in the reserves, and retired with the rank of Major. While serving in the military he graduated from Officer Candidate School. Earl was employed with Bethlehem Steel Corporation from 1967 to 1970, and Certainteed Corporation from 1970 to 1973 as an Industrial Relations Manager. He then started and grew a large Property/Causality Insurance Agency which he owned for over 28 years. During that time he also started a Mortgage Banking operation and a Real Estate firm. Earl loved the Lord, and delighted in sharing his faith in many ways, including prison ministries, Sunday school teaching, and in serving as an Elder for many years. He is survived by his wife of nearly 50 years (married August 27th 1966), the former Pamela Ann Moss, Dallas; sons Seth, Jared and his wife Sherryl, and Matthew, Dallas; grandchildren Kaeli, Elijah and Isaiah Samuel, Dallas; brothers Dr. William and his wife Donette Samuel, Alberta, Canada, Dr. David and his wife Cathy Samuel, Morgantown, WV; and sister Kathie and her husband Douglas Jones, Costa Rica. The family would also like to thank the staffs of Medical Oncology Associates in Kingston and Hospice of the Sacred Heart in Dumore for the loving care offered to their husband and father. Funeral services will be held on Friday July 17th from the Green Street Baptist Chapel, Edwardsville at 10 am with Pastor David Miklas. Graveside interment services with Military Honors will be held in Sunnyside cemetery, Tunkhannock at 2 pm. Family and friends may call at the church on Thursday from 1 to 3 and 5 to7 In lieu of flowers, memorial contributions may be made to the Medical Oncology Associates general prescription fund, 382 Pierce St. Kingston, PA 18704 and the Hospice of the Sacred Heart 100 William St. Dunmore, PA 18510. On line condolences may be sent to the family at www.sheldonkukuchkafuneralhome.com.
To order memorial trees or send flowers to the family in memory of Earl L. Samuel, please visit our flower store.