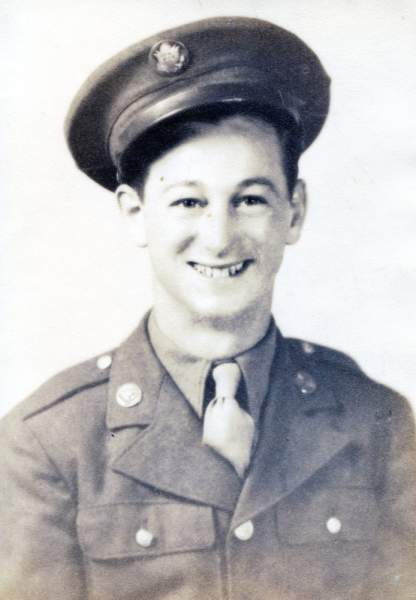 Eben H. Harvey, 95, of Tunkhannock, passed away on Friday morning, January 6, 2017, surrounded by his family. Born in Vosburg, Pennsylvania on Halloween in 1921, he was the son of the late Samuel Smith Harvey and Mary Jones. Eben was a World War II veteran who proudly served his country in England, Germany, and France before being Honorably Discharged. He returned home and married the love of his life, the former Ada Blanche Crone, and together raised their daughter, the late Betty (Harvey) Podlaski. Eben and Ada celebrated 71 years together this year. What a testament to their love! He worked as a bus driver, short order cook, security guard, and even travelled with the King Red Carnival as carnival worker with his wife Ada, before owning and operating Harvey’s Sanitation, which served Tunkhannock and the surrounding communities for over 30 years. He eventually sold his business to Endless Mountain Disposal and worked there for 7 years prior to retiring. Eben volunteered for the Wyoming County Fair on their clean-up crew for several years and also spent many hours volunteering at the Teen Center which was established in Wyoming County in the late 1980’s. He had playful personality and full of adventure. He loved riding his motorcycles but finally had to stop at the age of 72 after a serious accident which shattered his pelvis. Never daunted, he recovered, reconditioned the motorcycle, and rode it one last time before selling it. Eben also loved the outdoors; hunting and doing landscaping in his yard were his passions. Losing his daughter Betty in 2002 after battling breast cancer was devastating to Eben, but he found strength from his wife Ada, his son-in-law Stanley J. Podlaski and his grandchildren Anthony and Tammy Podlaski of Carlisle, PA, and Angeline (Podlaski) and John Burke of Tunkhannock. The later births of his great-grandchildren: Sophie, Jack and Ian Burke and Piper Podlaski brought such joy to Eben’s life. Poppy, as he was affectionately called, loved to visit with each of his great-grandchildren and even as his breathing issues kept him home more frequently, could always be lifted by seeing their smiles. In addition to his daughter Betty, he was preceded in death by sisters: Mary Harvey and Bernice (Harvey) Cronk, and brothers: James, Walter, and Martin Harvey. Funeral services will be Tuesday January 10, 2017 at 12PM from the Sheldon-Kukuchka funeral Home Inc. with Rev. Brian R. Williams of Osterhout Bible Church. Interment will be in Chapel Lawn Memorial Park, Dallas. Friends and family may call the funeral home from 10 until the time of service on Tuesday. In lieu of flowers, the family requests that donations be made in honor of Eben to the Tunkhannock Public Library, 220 W Tioga St, Tunkhannock, PA 18657 or the American Cancer Society, 712 S Keyser Ave, Taylor, PA 18517.
To order memorial trees or send flowers to the family in memory of Eben H. Harvey, please visit our flower store.