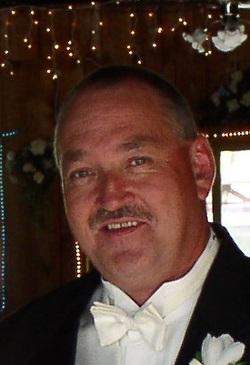 Edward J. DePietro 52, of West Abington Twp. died March 31st at the VNA Hospice in Scranton. He is survived by his wife of 10 Years Karen Babiarz DePietro. He was born on October 14, 1961 son of the late Nancy Decker, and survived by his father Edward J. DePietro, of Jessup, PA. Edward enjoyed hunting, fishing, camping, and beach vacations, and most of all he loved his family. He was preceded in death by his brother Michael DePietro, and sister Jean Marie Good. He is survived by his step father Robert Good of Scranton, daughter Autumn DePietro of West Abington Twp., brothers Scott of Scranton, Joe of Jessup, sisters Dawn Good of Scranton, Kim Pleska of Forest City, Barbara Ratchford of Factoryville, Dana Sklareski of Archbald, and several nieces and nephews. A Memorial service will be held on Friday, April 4th at 6:00 PM from the Sheldon-Kukuchka Funeral Home, Inc. 73 West Tioga St. Tunkhannock, PA with Pastor Lori Robinson presiding. A gathering of friends and family will be held on Friday from 4:00 PM until the time of the service. In lieu of flowers memorial contributions can be made to “Autumn’s College Fund” at The First National Bank, 125 N. State Street, Clark Summit, PA 18411. For directions and on line condolences please visit www.sheldonkukuchkafuneralhome.com
To order memorial trees or send flowers to the family in memory of Edward J. DePietro, please visit our flower store.