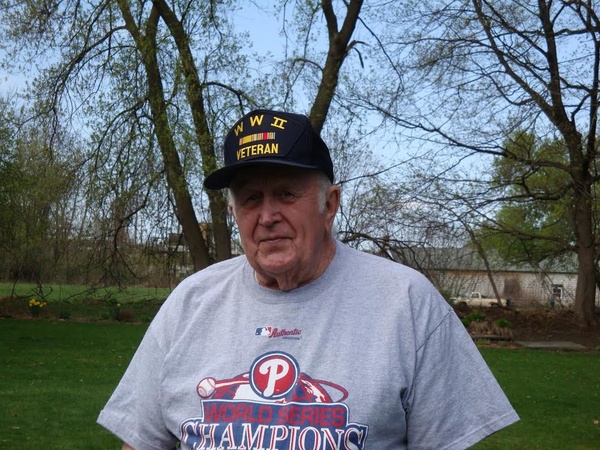 Edward B. Henning. Sr., 92, formerly of Mehoopany, passed away July 2nd, 2017 after a brief illness. Ed was born April 22, 1925 to Orrin Wesley and Julia Wood Myers Henning. He was predeceased by his parents, his brothers Daniel Myers Henning, Ralph Stemples Henning, and his wife Betty Comstock Lane.

Ed trained as a B-17 tail gunner in Dyersburg, TN during WWII. He was in sick bay with scarlet fever the day the rest of his crew lost their lives in a training accident, an event that caused him great sorrow to the end of his days.

After the Army Air Corps, he worked as a traveling salesman for Grand Union, as a draftsman for IBM, and Penn DOT. He was postmaster in Mehoopany, PA, having been commissioned by President Lyndon Johnson, and was well-known to local residents.

Ed loved being outdoors, hiking, hunting, and fishing on Dutch Mountain, with more than a few exploits involving Camp Wahoo. He was a lover of sports, especially baseball, (having played on the Mehoopany baseball team in his youth), and an avid football fan. He was well-versed in current events, politically aware, and had a mischievous wit.

To order memorial trees or send flowers to the family in memory of Edward B. Henning, please visit our flower store.