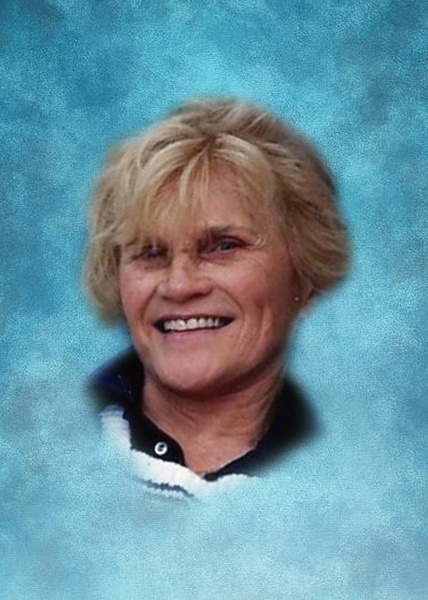 Elizabeth “Babcia/Nana/Liz” Ann Toole died at her daughter’s (Theresa Ann Calk) home Monday morning, January 20th, 2020 in Camden, SC. She was 96 years old. She was the widow and wife of William Anthony Toole who died at the age of 72 after 44 years of marriage with Elizabeth Toole. Born July 4th, 1923 in Brady West Virginia, daughter of the late John Hohenzy (born in 1880 in Szymanowice, Poland and Antonia Filimonova (born 1888 in Saratov, Russia). Note that Hohenzy was anglicized to Kokenzie as Antonia’s children entered school. This was done by well-intentioned teachers who did this to try to keep the children from standing out as foreigners. Antonia gave birth to six children (Anna, Henry, Alexander, Nicholas, Elizabeth and Caroline) all of whom are deceased, with Elizabeth the last to enter heaven. She attended Haywood school from first to sixth grade. Around 1951 Elizabeth worked for the Nausbaoum’s as a live-in maid. Her mom, Antonia, died, so her sister Anna returned to take care of Caroline, Elizabeth (12 yrs) Alex, and Nick. She eventually moved to Boston still under the care of her eldest sister. Elizabeth was asked again to be a live-in maid at the Chilton’s home in Massachusetts. She graduated from high school at Hyde Park, Boston. After high school, she attended secretarial classes. Additionally, Saks Departmental store in Boston hired her as a part-time model. In Atlantic City, with the help of her future sister-in-law (Betty Robic), she met William Toole married him when she was 30. They lived in a small apartment in Washington D.C where Liz gave birth to William (“Kevin”), Robert, Brian and Shawn. In 1960 they moved to Annandale, Virginia where she gave birth to Theresa and Colleen. Around 1972 the Toole Family moved to Arnold Maryland to support William’s new Department of Labor & Management job titled “Compliance Officer” of the Baltimore, MD office. Liz blossomed in her new home and soon became one of the top women in her age group playing tennis. She excelled at raising her six kids with love and a firm “arm-pinch” when needed. Her greatest joys in life came after her children grew up, married and started having grandchildren. William’s “Kevin’s” daughter, Katie, Robert’s son, Shane, Brian’s sons, Cody and Kyle (great-grandson Lincoln and great-grand-daughter Lauren), Shawn’s sons, Riley & Tim (great-grand-daughter Teagan), and Theresa’s daughters, “Lizzie” & Mary and sons, Cort & “Ham”. She showered all her grandchildren with an endless supply of pure love and felt she never had enough time with them. This was her gift… shower her kids and grandkids with love throughout her life. Elizabeth Toole is survived by her five children: William Kevin O’Toole (daughter Katie O’Toole); Robert J. Toole & his wife Cheryl Toole (son Shane Toole); Brian P. Toole & his wife Kerry Toole (sons Cody Harlow and Kyle Wingate); Shawn A. O’Toole & his wife Diana W. O’Toole (sons Riley and Timothy O’Toole); Theresa A Calk and her husband Cort Calk (sons Cort & William “Hamilton” Calk and daughters Lizzie Ratner and her husband Dr. Drew Ratner, and Mary Calk); and her deceased daughter Colleen M. Toole and her husband Sam Dawes (son Felix Dawes). Family and friends are invited to attend Elizabeth’s Mass of Christian Burial which will be held on Saturday January 25, 2020 at 10:00 AM from the Nativity of the Blessed Virgin Mary Church, 99 E. Tioga St, Tunkhannock, PA to be celebrated by the Reverend Patrick Albert. Interment will follow in the St. Stephen’s Cemetery, 576 Jackson Road, Shavertown, PA (near the Huntington Dam). A viewing will be held on Friday from 5:00 – 7:00 PM at the Sheldon-Kukuchka Funeral Home, Inc., 73 W. Tioga St. Tunkhannock, PA 18657.
To order memorial trees or send flowers to the family in memory of Elizabeth K. Toole, please visit our flower store.