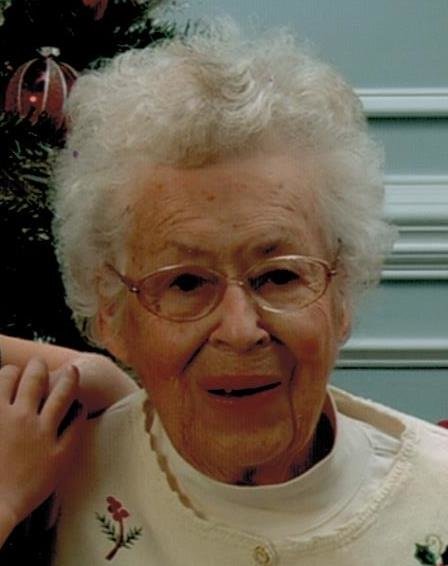 Emilie K. Lunger of Whites Ferry Rd, Falls died Wednesday May 25, 2016 at home. She was born in Leesport, P.A. on Dec. 29, 1924. She was a loving Mother, Grandmother, Great Grandmother, Sister, and friend. She was a wonderful example to her family and friends. She made time in her life for all the things that were important to her and helped many people in the community to accomplish their goals. Emile graduated from Mansfield University with a degree in Home Economics. She worked in Northumberland, Northampton, and Bucks county from 1946-1950 and in Lehigh County from 1950-1953. She worked in Wyoming County from 1962-1990 in Extension Service through Penn State University. During her years in extension she did many outreach programs, which included 4-H. She influenced so many young people and helped them learn skills they would need as adults. In 1971, Emilie was honored with a distinguished service award from the National Association of Extension Home Economists for developing an outstanding five year county health education program. She received her 25 yr. service award in 1980 which was marked by the traditional Penn State Rocking Chair. Emilie was presented with the “Woman of the Year Award” on May 14, 1994 by the Tunkhannock Business and Professional Women’s Organization. On February 10, 2007 she received the National Society of the “Daughters of the American Revolution” award for excellence in community service. Emilie was also very involved in the church. She taught Sunday school for over 40 years, she was a member of the Lake Winola United Methodist Women and helped in other activities. She received a “Special Missions Recognition” award in July 2007. For over 20 years Emilie wrote a column in the New Age Examiner called “Homemaker’s Happenings”. Her career kept her very busy, but she always had love for her family. During her retirement years, she and Don traveled and always continued to volunteer in the community. Emilie was very active in the Kiwanis Wyoming County Fair and served as the chairman of the Baking Department. Her family and friends will surely miss her wonderful smile and friendly hello. Surviving are a son Edward Lunger and wife Linda, Tunk., daughter Judy Johnson, Falls, grandchildren, Amy Yuhas and husband George, Falls, Melissa Harvey and Brian Masterson, Falls, great grandchildren, Courtney, Garrett and Olivia. She was preceded in death by her husband of 64 years Don Lunger and brother and sister-in-law Charles and Dorothy Kerlin and sister Ruth Shank. Funeral Services will be held on Wednesday at 11AM from the Lake Winola United Methodist Church, Officiating will be Pastor Gay Irwin and Pastor David Stuckey. The interment will be at Chapel Lawn Cemetery in Dallas. Visitation will be held Tuesday evening from 5 to 7 at the Sheldon-Kukuchka Funeral Home 73 West Tioga Street, Tunkhannock. Those wishing to make memorial contributions may send them to: Penn State Extension 711 Hollow Crest RD, Suite 2 Tunk. P.A. 18657, checks payable to PSCE, in memo Emilie K. Lunger. Online condolences may be sent to the family at sheldonkukuchkafuneralhome.com. You can view Emilie's Tribute Video at this link: https://www.tributeslides.com/tributes/show/MQLGX652N4BNS7SX
To order memorial trees or send flowers to the family in memory of Emilie K. Lunger, please visit our flower store.