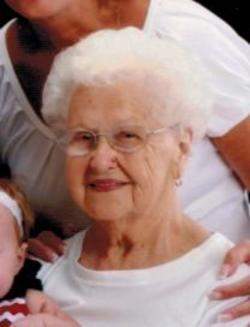 Emily C. Vogel Emily C. Vogel 93, of Lake Carey, Tunkhannock died Friday at her Home. She was born in Cincinnati, Ohio on August 6, 1920 daughter of the late Jacob and Mary Polkabla Vascik. She was a member of the Church of the Nativity BVM, Lake Carey Volunteer Fire Company where she became known as the stuffed animal lady from running the stuffed animal booth at their carnival. Preceding her in death was her husband Matthew Vogel Sr., son Thomas, sister Esther Chamberlin. Surviving is a son Matthew and wife Carol of Tunkhannock, daughter June and husband George Ferrera of Royersford, Pa., 7grandchildren, 6 great grandchildren and 7 great great grandchildren. Funeral services will be held on Tuesday at 9 am from the Sheldon-Kukuchka Funeral Home Inc., 73 W. Tioga St. Tunkhannock with Mass of Christian Burial at The Church of the Nativity BVM in Tunkhannock at 10 am. Interment will be in Pieta Cemetery, Tunkhannock. Friends may call at the funeral home on Monday evening from 6 to 8. On line condolences may be sent to the family at www.sheldonkukuchkafuneralhome.com.
To order memorial trees or send flowers to the family in memory of Emily C. Vogel, please visit our flower store.