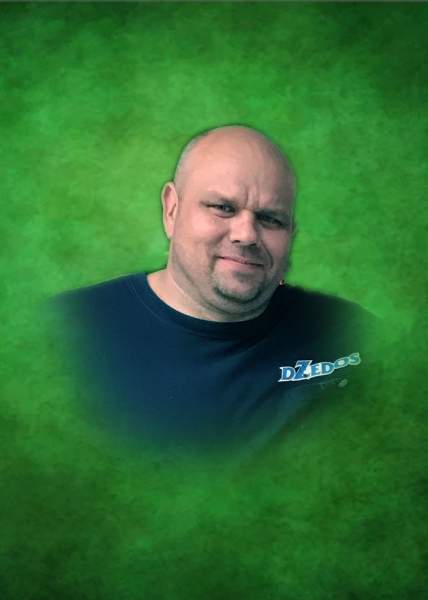 Frank Theodore Yun III, of Jenningsville, PA passed away on Friday, June 4 at his home surrounded by his family and beloved dog Bella at the age of 46. Frank fought a long and courageous battle with pancreatic cancer, but was always thinking of his family rather than himself. He was loved and will be missed by all that knew him. Frank was known for his exceptional generosity to help friends, neighbors, family, and his community. Anyone who ever had the honor of meeting Frank were instantly drawn to his energetic and charismatic personality. To say he lived life to the fullest is an understatement. His personality exceeded him and he had the power to light up a room no matter where he went. Frank always seemed to draw in new friends and characters, with his funny whit, a conversation, and many memorable and entertaining life stories. Frank was born legally on March 7, 1975 in Levittown, PA, he was a 1993 graduate of Harry S Truman High School, in Levittown, PA. In 2005 he moved to his family’s home located in Jenningsville, PA where he had always felt drawn to and was such a perfect fit for his back woods personality. Frank enjoyed spending time at his family’s cottage at Knoebels, a cold PBR, being outdoors, living in the mountains, quad riding, hunting, being a top dog pitch card player, a good debate and a boisterous member of the Donkey Swamp Lodge. After following in his fathers footsteps he became an appliance technician for 24 years. In 2017 with his talents, hard work, and wife by his side, took a leap and started, built and grew Dzedos Appliance Repair and never looked back. He is preceded in death by his father, Frank T. Yun, Jr and his maternal grandparents, Myron Gragilla and Gloria Gragilla (Gribowych) and paternal grandparents, Frank T. Yun Sr and Ann Yun (Bavolar). In addition he recently lost his dog Ruby who adored him and the infamous Chainsaw, who had a personality like him, but never left his side. Frank will be deeply missed and will never forgotten by his beloved wife and best friend, Melissa Yun (Thompson), son Allan Ebinger Sr, step-son Nicholas Habib, grandson Allan Ebinger Jr, his loving mother Denise Yun (Gragilla), caring sister Nicole Yun, a cousin/brother Denny Yun aka platypus, mother-in-law Nancy Thompson, and a step-father, Earl Howard Egolf. In addition are many aunts, uncles, cousins, and a multitude of loving friends, who he thought of as family, including one especially, Joseph Porter. Family and friends are invited to attend Frank’s Mass of Christian Burial which will be held on Saturday June 12 at 10AM from the Nativity of the Blessed Virgin Mary Church, 99 East Tioga St. Tunkhannock, PA 18657. Followed by a celebration of life at the Lovelton Hotel, 528 State Rte 4010, Mehoopany, PA 18629. Arrangements and care entrusted to Sheldon-Kukuchka Funeral Home, Inc. 73 W. Tioga St. Tunkhannock, PA 18657. In lieu of flowers memorial contributions can be made to the Pancreatic Cancer Action Network at www.pancan.org
To order memorial trees or send flowers to the family in memory of Frank T. Yun, please visit our flower store.