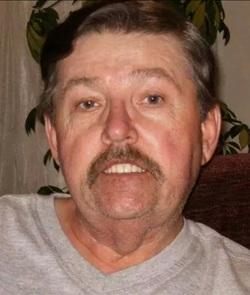 Garry L. Clark of Wyalusing, passed away July 15th at Robert Packer Hospital in Sayre. Born in Hamburg, NJ on March 3, 1954 he was the son of the late Frederick F. and Frances E. Southard Clark. Prior to his retirement, Garry was employed as a Heavy Equipment Operator and Logger. He was a member of the Tunkhannock Kiwanis Club and a former member of the Mehoopany, Wyalusing, and Greenville, NY fire departments. Garry was a member of the Forkston United Methodist Church He was preceded in death by his daughter Katie Clark and infant daughters Heather and Rebecca Clark. Garry is survived by his wife of 39 years, Linda Bennett Clark; daughters Tammy Merritt and husband Don of Wyalusing, Beth Vassil and husband Jay of Endicott, NY; brother Wayne Clark of Sussex, NJ, sisters Fay Clark of Mehoopany, Debbie Compton of Tunkhannock, and Judy Clark of Meshoppen, four grandchildren, as well as a niece and several nephews Services will be held on Saturday July 19th at 1 pm from the Sheldon-Kukuchka Funeral Home, 73 W. Tioga Street, Tunkhannock. Friends and family may call at the funeral home on Friday evening from 6 – 8 pm. Memorial contributions may be made in Garry’s name to the family for final expenses. Online condolences may be sent to the family at www.sheldonkukuchkafuneralhome.com.
To order memorial trees or send flowers to the family in memory of Garry L. Clark, please visit our flower store.