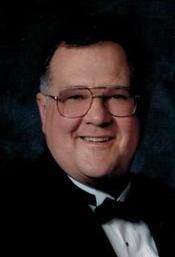 Gary Allen Bluhm of Tunkhannock died Saturday evening in Regional Hospital of Scranton. He was born in Sayre on October 19, 1952 son of Mary Kreichbaum Bluhm of Tunkhannock and the late Ervin Bluhm. Gary was a 1970 graduate of Tunkhannock High School and attended Kings College. He was the owner of Gary Bluhm Real Estate and the Endless Mountains Exterminating Co in Tunkhannock. He served as Mayor of Tunkhannock for several years and was a PIAA Referee for Basketball. Gary was a former member Temple lodge #248 F&AM of Tunkhannock, Irem Temple Shrine and various other masonic organizations. He was an avid golfer and was a former member of Shadow Brook and Irem Temple Country Club. Gary was a former member of the Tunkhannock Kiwanis Club, and Triton Hose Co. #1. He was an avid hunter and enjoyed the outdoors. Gary was preceded in death by his wife of 40 years Mary Elizabeth Ambrutis Bluhm. He fulfilled his pledge to his wife that he would courageously fight his Diabetes so that he could see their grandchildren grow and learn. Surviving is a son and daughter in law Michael and Heather Bluhm of Lake Winola, daughter Kellie Jo Bluhm of Jermyn, Brothers Jeffery and sister in law Betsy Bluhm of Tunkhannock, David Bluhm of Honesdale, Sister and brother in law Karen and Jim Brown of Tunkhannock. Granddaughter Justine Bluhm, grandsons Mark Ambrose, Michael Bluhm, Maxwell Bluhm and Hayden Bluhm, great granddaughter Aubrey McHenry and nieces and nephews. Funeral services will be held on Thursday at 11 am from the Sheldon-Kukuchka Funeral Home Inc. 73 W. Tioga St. with the Rev. Richard Wright of the Tunkhannock Presbyterian Church. Interment will be in Sunnyside Cemetery, Tunkhannock. Friends may call at the funeral home on Wednesday from 2 to 4 and 7 to 9. Those wishing may make memorial contributions to a Diabetes Association of the donorâ€™s choice. On line condolences may be sent to the family at www.sheldonkukuchkafuneralhome.com.
To order memorial trees or send flowers to the family in memory of Gary Allen Bluhm, please visit our flower store.