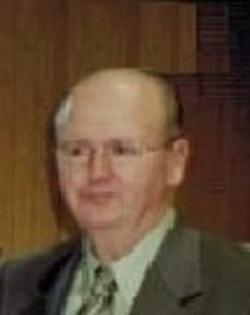 Gary R. Hopfer 68, of Tannery St., Noxen died Sunday morning June 1, 2014 in St. Luke’s Hospice Villa in Wilkes-Barre, He was preceded in death by his wife of 45 years Wilma M. Rifenbery Hopfer. Gary was born on October 27, 1945 in Kingston, PA son of the late Melvin and Mary Denmon Hopfer. He was a graduate of the Lake Lehman High School and retired form Proctor and Gamble after 25 years. He was member of the Noxen Rod and Gun Club, National Wild Turkey Federation, South Mountain Land Association and the Noxen United Methodist Church. He enjoyed hunting, fishing, camping and spending time with his family. He was preceded in death by his brother David Hopfer and son in law Robert Holton. He is survived by his children Robert and wife Jana Hopfer of Noxen, Gerald and wife Jodi Hopfer, of Dallas, William Hopfer and husband Carl Ryan Tucker of North Bethesda, MD, Judy and husband Donald Weber of Beaumont, Cindy Holton of Evans Falls, brothers Ronald Hopfer, of Noxen, Lewis Hopfer, of Beaumont and sister Clara Lyons, of Noxen, Grandchildren Fawne and Laurel Hopfer, Wade and Bethany Weber, Dustin and Zachary Hopfer and Shane and Mark Holton, Mother in Law Clara Rifenbery of Beaumont and many nieces and nephews. Funeral services will be held on Wednesday June 4, 2014 at1:00 PM from the Sheldon-Kukuchka Funeral Home Inc., 73 W. Tioga St., Tunkhannock. Interment will be in Orcutt Cemetery, Noxen. Friends may call at the funeral home on Tuesday evening 5:00-8:00 PM. Memorial contributions may be sent to the Wyoming County Cancer Society at P.O. Box 629 Tunkhannock, PA 18657. On line condolences may be sent to the family at www.sheldonkukuchkafuneralhome.com.
To order memorial trees or send flowers to the family in memory of Gary R. Hopfer, please visit our flower store.