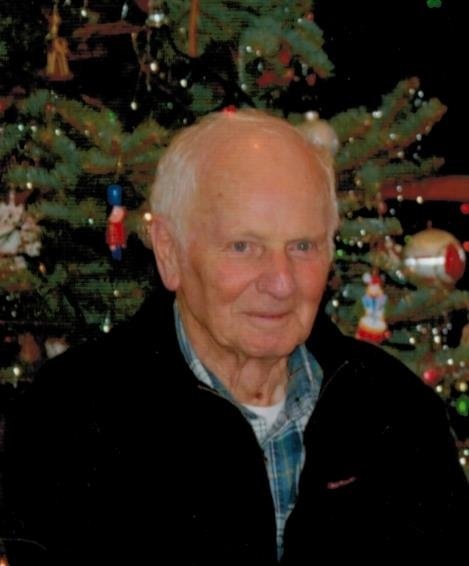 George E. Hooker, Sr. of Springville PA, Frost Proof FLA and Hamilton OH, died on Wednesday in the Hospice of the Sacred Heart in Dunmore.  He was born in Hamilton Ohio on August 13, 1928, son of the late James Monroe and Hazel L. Johnson Hooker.

He was a graduate of Hamilton High school and received an Associate’s Degree from Ohio Mechanical Institute.  He had been employed by Champion Paper Products, General Electric, and Procter and Gamble where he worked as a startup manager until his retirement.  He was an army veteran of WWII serving in the Constabulary.

He was preceded in death by his wife Hazel L. Hooker and a brother John Hooker.

To order memorial trees or send flowers to the family in memory of George E. Hooker, please visit our flower store.