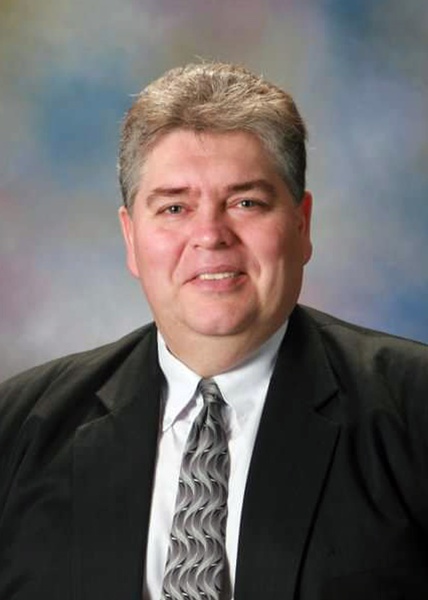 Attorney George P. Skumanick, Jr., 60, of Tunkhannock passed away Thursday, July 22, 2021, at home. He is survived by his wife of 25 years, Kimberly G. Kriebel Skumanick. Born on June 27, 1961, in Johnson City, NY, he was the oldest son of the late George P., Sr., and Shirley Miller Skumanick. He was a 1979 graduate of Tunkhannock Area High School where he was a member of the football and track and field teams, lettermen's club, senior historians, and manager for the boys basketball team. George spent the next 7 summers loading wood chips at the Procter & Gamble pulp mill in Mehoopany to pay for his college education, completing his bachelor’s degree in History and Political Science at The University of Scranton in 1983, and obtaining a Juris Doctor degree from the Claude W. Pettit College of Law at Ohio Northern University in 1986. Admitted to practice law in Pennsylvania in November 1986, he maintained a private law practice in Tunkhannock for over 30 years, and served briefly as Wyoming County Solicitor, before being elected to 5 consecutive terms as Wyoming County District Attorney from 1989 to 2009. During his tenure as DA, George and his dedicated staff worked tirelessly to prosecute thousands of criminal cases and ensure justice was done. He was an active member of the Pennsylvania District Attorneys Association, and its education and training affiliate, the Pennsylvania District Attorneys Institute, and a founding member of the Wyoming/Sullivan County Treatment Court. His commitment to protecting and serving Wyoming County citizens was unparalleled. He volunteered his time and talent as a past member of the Northeastern PA Council Boy Scouts of America Executive Board, the Dr. Walter B. Tewksbury Committee, Tunkhannock Kiwanis, Friends of Tyler Hospital, and the Wyoming County Republican Committee. He was an attorney advisor for the mock trial team and an assistant football coach for many years, both at Tunkhannock Area High School. Prior to his automobile accident in 2015, George and Kim were Penn State Football season ticket holders and enjoyed travelling to games, both home and away. He was a lifelong Dallas Cowboys and New York Yankees fan, voracious reader, Jeopardy! junkie, and loyal friend and confidant. His greatest joy was being a father to George P. Skumanick, III, whom he affectionately referred to as G3. Their father-son bond was strong with their shared interests in American and world history, fast cars, politics, and all things Star Wars. In addition to his wife and son he is survived by brothers John of Dunmore, David of Peckville, and Michael of Tunkhannock; niece Lisa Harvey and nephew Michael Skumanick; an aunt, uncle, and several cousins. Family and friends are invited to attend George’s Mass of Christian Burial on Thursday, July 29, 2021, at 11:00 AM from the Nativity of the Blessed Virgin Mary Church, 99 E. Tioga St, Tunkhannock to be celebrated by Reverend Patrick Albert. A visitation will be held at the church from 10:00 AM until the time of service on Thursday. Those of you who may wish to attend George’s service but are unable can join the family online for a livestreamed service at 11:00 AM on Thursday July 29, at www.sheldonkukuchkafuneralhome.com under George’s tribute page. Arrangements and care entrusted to Sheldon-Kukuchka Funeral Home, Inc. 73 W. Tioga St. Tunkhannock, PA 18657. Interment will be private at the convenience of the family at St. Michael’s Russian Orthodox Cemetery, Nicholson. In lieu of flowers, a fund will be established to award scholarships to Wyoming County students pursuing a law enforcement or legal career, and for G3’s education. Contributions can be made payable to Peoples Security Bank, PO Box 149, Tunkhannock, PA 18657, with the words George Skumanick Memorial Fund in the memo line.
To order memorial trees or send flowers to the family in memory of George P. Skumanick, Jr., please visit our flower store.