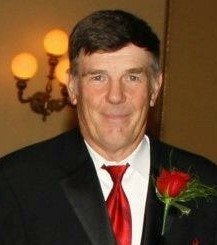 Gerald D. Sands of Nicholson died Thursday from a farming accident. He was born in Tunkhannock on October 12, 1947 son of the late Ralph C. and Doris Squire Sands

Jerry was a 1964 graduate of Tunkhannock High School. He worked as a farmer all his life and was a member of the Wyoming County Farm Bureau.  He was a former Supervisor of Nicholson Twp. for over 14 years and was President of the Dunkin Donuts Coffee club in Tunkhannock.

Funeral services will be held on Tuesday at 11am from the Sheldon-Kukuchka Funeral Home Inc., 73 W. Tioga St. Tunkhannock with Pastor Lou Divis of St. Peters Episcopal Church. Visitation will be Monday evening from 6 to 9. On line condolences may be sent to our web site.

To order memorial trees or send flowers to the family in memory of Gerald D. Sands, please visit our flower store.