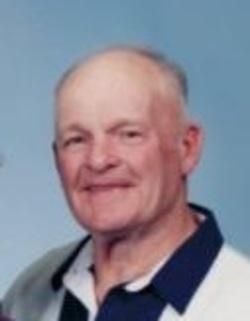 Gifford Leroy Sands Gifford (Giff) Leroy Sands, 83, of Tunkhannock, Pennsylvania Monday, October 27, 2014 passed away at Robert Packer Hospital in Sayre, Pennsylvania. He is survived by his wife of 59 years Ruby Carpenter Sands. Born February 12, 1931 in Sayre, PA son of the late Mildred Harding and Earl Sands. Giff graduated from Tunkhannock High School in 1948 and after graduating entered the United States Air Force in 1950 where he served in England. Following his honorable discharge from the Air Force, he returned to Tunkhannock where he worked in the petroleum service industry delivering fuel oil. He became Superintendent of the Tunkhannock Borough in 1964 where he continued to work until his retirement. He was responsible for maintenance of the reservoir and sewage treatment plants as well as maintenance of the streets. He and Donald O. Sick were founding members of the Tunkhannock Ambulance Association. He served as a volunteer firefighter for the Tunkhannock Triton Hose Company beginning in 1957 until his passing. At the Triton Hose Company he served as Assistant Fire Chief from 1963-1988, he served on the Fireman’s Relief Association, served as Vice President, and was instrumental in the food preparation for Hose Company events. In 2005 the kitchen at the new hose company was dedicated in his name along with a bell that is mounted on the front of Engine 7-1. Community members will recognize him as the iconic operator of the 1929 American LaFrance pumper known by all as “Old Glory” seen in local parades and community functions. He was a member of the Tunkhannock Baseball Association where he assisted in the orchestration of the Art Keefer Memorial Complex and was a founding intuitive of the annual chicken barbecue which remains a primary fund raiser for the baseball association. Giff was known about town as a master of all trades, called upon by many people in the community for repairs from faucets to remodeling projects. One of his proudest moments was designing and constructing the hearths for the original remodel of the Prince Hotel in Tunkhannock, prior to its current state. His carpentry skills were noted by many for the unique creations he produced. He was an avid fisherman, hunter, and trapper. He enjoyed his yearly trips to Bob’s Lake in Ontario, Canada. He hunted large game in the western United States as well as parts of Canada. He was well-known for his witty humor and ability to “stir the pot.” He enjoyed spending time with his friends at the local donut shop and taking money from his friends on Thursday and Friday evenings at card games at the Triton Hose Company. He was a loving father and husband. He was preceded in death by his brother Gerald E. Sands. He is survived by his sons Norman E. Sands and spouse, René Sauceda of McAllen Texas, and Charles G. and Carol Sands of Tunkhannock, and daughter Brenda L. and Joseph B. Cappucci of Mehoopany, sister Ellen Rogers of Tempe, Arizona, grandchildren Jeffrey M. Sands of Washington D.C., Sara E. Sands of Tunkhannock, PA, Nicholas E. Rosengrant of Mehoopany, Kara R. Cappucci of Mehoopany, and Michael J. Cappucci of Mehoopany. Funeral services will be held at 11:00 a.m. Friday, October 31 at the Tunkhannock United Methodist Church with Pastor Jon Buxton. Interment will immediately follow at Sunnyside Cemetery. Friends and family may gather at the Triton Hose Company on Thursday, October 30 from 2:00-4:00 p.m. and 6:00-9:00 p.m. Arrangements by The Sheldon Kukuchka Funeral Home, Inc. 73 W. Tioga St., Tunkhannock, PA. Memorial contributions can be made to the Triton Hose Company, P.O. Box 765, Tunkhannock, PA 18657. For directions and online condolences please visit www.sheldonkukuchkafuneralhome.com
To order memorial trees or send flowers to the family in memory of Gifford Leroy Sands, please visit our flower store.