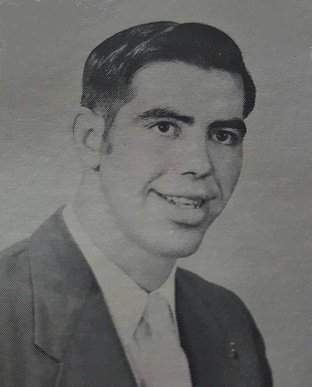 Gilbert Ted Sands, 71, of Tunkhannock died peacefully on Sunday, July 31. Born in Mehoopany in 1944, Gilbert was the eighth of nine children. He graduated from Job Corps in California as one of the program’s initial candidates. He spent 28 years working for Penn’s Best Trucking in Meshoppen as a mechanic. He was an avid outdoors man. Fishing, hunting, cutting firewood, gardening, and mowing lawn were among the many things that he enjoyed. He was a true jack-of-all-trades, an avid story teller, backyard engineer, hammer swinger, mountain man, builder of contraptions and all around interesting character. His family, especially his five grandchildren (Colby, Olivia, Connor, Molly, and Collin) topped all other things in his world. Survivors include his brother, Korah and wife Anna Sands of Ulster; his three children: Edna Sands of Tunkhannock, Roy Sands of Walton NY, and Bobbie Jo Sands of Tunkhannock. He was preceded in death by an infant son, Walter, three brothers, and four sisters. The funeral services will be held Wednesday August 3rd, 2016 at 12:00PM from the Sheldon-Kukuchka Funeral Home 73 W. Tioga St. Tunkhannock, PA with Pastor Gerald Mattocks Presiding. Friends and family may call from 11:00AM until the time of service. Burial will be in Vaughn Cemetery, Mehoopany. For directions and online condolences please visit www.sheldonkukuchkafuneralhome.com.
To order memorial trees or send flowers to the family in memory of Gilbert T Sands, please visit our flower store.