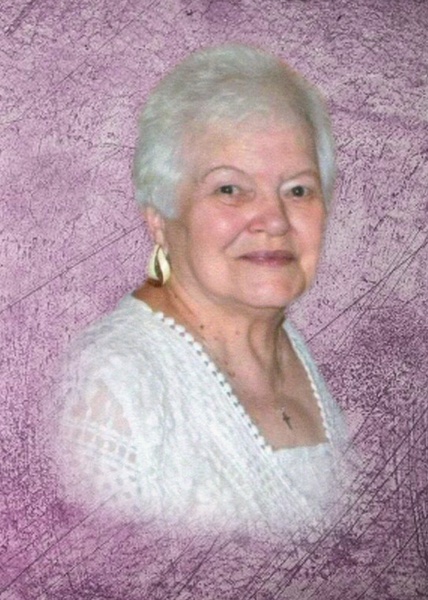 Gilberta Krimmel, 84, of Edwardsville died Saturday August 3, 2019 at Celtic Hospice in Geisinger South Wilkes-Barre. She is survived by her husband William Krimmel.

Born in Vernon on February 25, 1935 she was the daughter of the late Gilbert and Hazel Evans Dymond. She was a 1953 graduate of Tunkhannock High School and was a member of the Forkston United Methodist Church.

Gilberta was very active in her community. She volunteered as a den mother for cub scouts, and worked for Ayers Chiropractic in Mehoopany.

In addition to her husband she is survived by sons, Ronald of Mehoopany, Duane of York, and Jason of Indianapolis, PA; daughters, Clifteena Furman of Tunkhannock, and Randi Tourscher of Dushore; two step-sons; four step daughters; twenty-five grandchildren; twenty-four great-grandchildren.

Family and friends are invited to attend Gilberta’s funeral service which will be held on Wednesday August 7, 2019 at 11:00 AM from Sheldon-Kukuchka Funeral Home, Inc. 73 W. Tioga St. Tunkhannock, PA 18657 with Reverend Kenneth Krimmel presiding. Interment will follow in Vaughn Cemetery, Mehoopany. A viewing will be held at the funeral home from 5:00-7:00 PM on Tuesday evening.

In lieu of flowers memorial contributions can be made in Gilberta’s name to the charity of choice.

To order memorial trees or send flowers to the family in memory of Gilberta Krimmel, please visit our flower store.