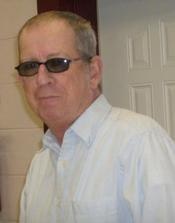 Glen R. Shoemaker, 63 of Laceyville died Saturday December 8 at Tyler Hospital in Tunkhannock. He is survived by his wife Lorraine LaSaur. He was born in Meshoppen on February 16, 1949 son of the Late Leo and Hazel Evans Shoemaker. He retired from Tyler Memorial Hospitalâ€™s maintenance department in 2009. Glen was an avid fisherman, loved the outdoors and spending time with his family. He was preceded in death by his brothers Carl and Donald Shoemaker, and Sister Betty Wolf. He is survived by daughter Peggy Adams, Donna Jean Hughes, step children Kelly Finkler, Grant McClain and Ricky Shoemaker, brothers William and Ronald Shoemaker. 12 grandchildren and 2 great grandchildren, Upon Glenâ€™s request there will be no services. Arrangements by Sheldon-Kukuchka Funeral Home, Inc. 73 West Tioga St. Tunkhannock. For on line condolences please visit www.sheldonkukuchkafuneralhome.com.
To order memorial trees or send flowers to the family in memory of Glen R. Shoemaker, please visit our flower store.