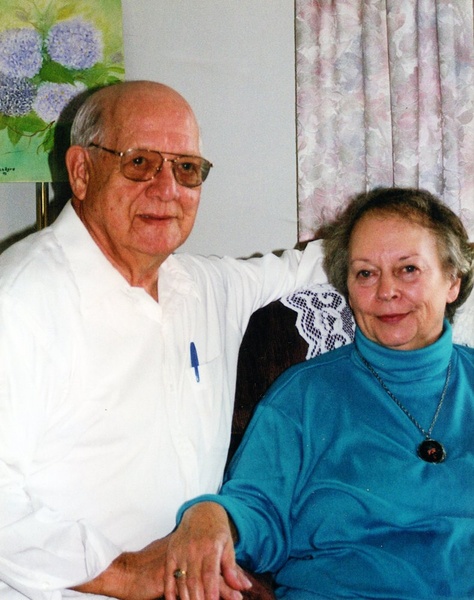 Glenn J. Ayre, 92, passed away Wednesday February 22, 2017 at Tyler Memorial Hospital after a brief illness. His wife of 69 years, the former Joan Rodgers, passed away in January of 2016 Born in Tunkhannock, the son of the late James and Charlotte Cleveland Ayre he was a 1942 graduate of Tunkhannock and served in the army as quarter master in charge of military equipment and arms upon returning home from the service he worked with his father in the coal and ice hauling business. He was a life member of over 50 years to the American Legion, past president of Sons of the American Legion, and past commander. He was a 35 year member to Triton Hose Company, founded the Tunkhannock Ambulance Association, and was also a past Tunkhannock police officer. Glenn also was a member of many sportsman clubs and owned a sporting goods store for 23 years. He was preceded in death by, daughter; Cynthia Cole. Grandsons; Timothy and Gary Cole. Brothers; Kenneth, Robert, and Donald. Sisters; Dorothy Jacques, and Beverly Faux. Surviving are daughters and their spouses; Pamela and Richard Holdredge of Tunkhannock. Granddaughter; Dana and Mark Hunter of Tunkhannock. Grandsons; Ryan of Tunkhannock, and Adam and Heather Holdredge of Hawley, PA. Great Grandchildren; Rowan and Rozlyn Hunter, and Harper Holdredge. Also surviving are sisters Gertrude White of Syracuse N.Y. and Gladys St. Clair of Tunkhannock. Glenn's family would like to thank Dr. Russell and the staff of the Garden at Tunkhannock for the excellent care he received A memorial service for Glenn and his wife Joan will be held on Friday February 24, 2017 at 2PM from the Sheldon-Kukuchka Funeral Home, 73 W. Tioga St. Tunkhannock, PA. Pastor John Shaffer presiding, with American Legion Military Honors at 2:30. Interment will follow in Sunnyside Cemetery, Tunkhannock. The family will receive friends at the funeral home on Friday from 12PM until the time of the service. For directions and online condolences please visit, www.sheldonkukuchkafuneralhome.com
To order memorial trees or send flowers to the family in memory of Glenn J. Ayre, please visit our flower store.