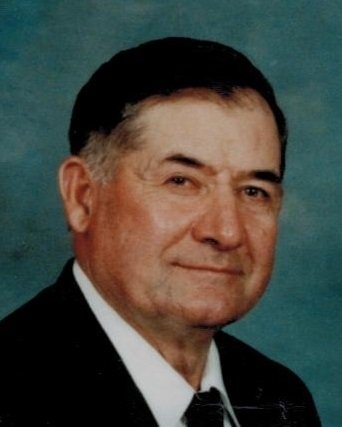 Harold C. Sickler, 90 of Tunkhannock Went home to be with the Lord Friday September 19 at the Golden Living Center in Tunkhannock. He is survived by his wife Elizabeth Greenley Sickler; they would have celebrated seventy years of marriage on September 23rd. He was born on Corby Hill Eaton Twp., on August 5, 1924 son of the late Chester and Flossie Corby Sickler. He was a WW II veteran of the United States Army. Harold worked as a self-employed carpenter for many years and was the founder of Sickler Construction which he started in 1970. A man of great faith and prayer, he was a charter member of the Tunkhannock Pilgrim Holiness Church, He was also a Members of the Gideon’s International, He enjoyed gardening and farming. Most of all he dearly loved his wife, children and grandchildren. He was preceded in death by his son Donald Sickler, brother Paul Sickler and sister Myrtle Wyda. He is survived by his sons Richard and wife Aileen, of Keyport, NJ, Kenneth and wife Ruth, of Johnstown, NY, David and wife Cheryl, of Meshoppen, Elwood and wife Kim, of Meshoppen, daughter Darlene and husband Louis Welch, of Starrucca, PA, daughter in law Loreida Sickler, of Meshoppen, brothers James, of Centermoreland, Robert, of Thurston Hollow, sisters Dorothy Shupp, and Sara Greenley, both of Thurston Hollow, 21 Grandchildren, 26 Great Grandchildren, and 3 Great Great Grandchildren. Funeral services will be held on Monday September 22, 2014 at 11:00 AM from the Pilgrim Holiness Church 135 West Tioga St. Tunkhannock, interment will be in Sunnyside Cemetery, Tunkhannock. Friends and family may call at the Sheldon-Kukuchka Funeral Home, Inc. 73 West Tioga St. Tunkhannock on Sunday evening 6:00 PM to 8:00 PM and on Monday morning at the church from 10:00 AM until the time of the service. In Lieu of flowers, donations may be given to Endless Mountain Christian Academy, 135 W. Tioga St. Tunkhannock, PA 18657.
To order memorial trees or send flowers to the family in memory of Harold C. Sickler, please visit our flower store.