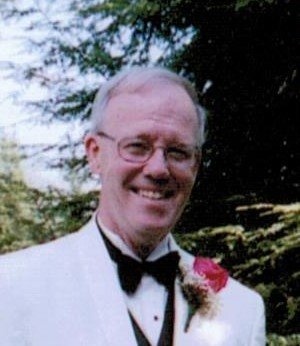 Harry Woodrow Wilson, Jr., 72, of Tunkhannock, PA died Thursday, August 3.  He was lovingly cared for by his wife, Anne at home where he died following a decade-long struggle with Alzheimer’s disease.  He was born on February 8, 1945 in Kingston and is the son of the late Harry and Marion Wilson of Dallas.

Harry attended Wyoming Seminary, graduating in 1962.  He earned a B.A. in Elementary Education and History from Wilkes University and an M.S. in Guidance and Counselling from The University of Scranton.

He was employed by the Tunkhannock School District for 35 years: The first two years as a social studies teacher and for the remainder of his career served as a Middle School Guidance Counselor.

Harry was an innovator and was the impetus behind many education initiatives.  In addition to his required responsibilities he was instrumental in launching the Career Education Program at the Tunkhannock Middle School which would bring in guest speakers representing a variety of careers to help students decide on a future vocation.

Harry also oversaw a program teaching students how to set up bank accounts, create a budget and prepare for a job interview.  He developed a School to Work program in which students would go out into the work force and shadow various employees.  Harry shared this career opportunity program with many other school districts in the area.  He was the liaison to the student council and supported the mission of Tiger House, a program for children with special needs.  He was honored to be nominated for Pennsylvania Guidance Counselor of the Year.

But more important than any of these professional accomplishments, Harry sincerely cared about and for his students.  At the beginning of every term, he took the time to meet and greet each incoming student to establish a personal relationship.  If he noticed that a child needed clothing, he provided it.  He reached out to families during times of crisis or sadness and had the unique ability to identify the child who needed extra attention, an encouraging word or a listening ear.  He always put his students first and sought the best for each individual.  He introduced the Johns Hopkins program in the middle school to help prepare students for college.  He was beloved by students, families and co-workers for his kindness, patience and dedication.  His infectious smile was legendary.

As the parent of a severely hearing impaired son, Harry and his late first wife, Kay became involved in many programs serving children with special needs.  Harry served on the board of directors of the Scranton State School for the Deaf for ten years including a term as president.  He spent many hours in Harrisburg fighting for more funds to improve the educational standards of deaf education.

He offered children and adults in the community lessons in American Sign Language holding classes in the Middle School and with his wife in their home.  Harry was very involved with his son, Woody’s activities and coached soccer, Little League and Boy Scouts for many years.

Harry Loved sports and was an avid Penn State Football, Steelers and Phillies fan.  Until his illness, he was an enthusiastic racquetball and softball player and participated in many area leagues.  He loved animals, especially his pets, Kramer and Dai Bando.  He also enjoyed travel, especially to Disney World and his Florida vacation home, gardening, concerts and art events.  He loved being active and useful and had a plan for what he hoped to accomplish each day.

He was a “people person” and was genuinely interested in the lives of his family, friends and neighbors and was always the first to lend a hand to a friend or a cause when needed. If 90% of success in life in “just showing up” then harry scored 100.

In addition to his parents and first wife Kay, Harry was preceded in death by his brother Paul.

A Memorial Service will be held on Friday, August 11 at 7 p.m. at the Presbyterian Church of Tunkhannock, 51 Putnam Street, Tunkhannock.  The Rev. Donald A. Drewett will officiate.

Family and friends may call at the church preceding the service from 4 to 7 pm.  Arrangements are being handled by the Sheldon-Kukuchka Funeral Home, Inc., Tunkhannock.  Donations may be made to the Tunkhannock Ambulance Association, Bridge Street, Tunkhannock, PA.

To order memorial trees or send flowers to the family in memory of Harry W. Wilson, please visit our flower store.