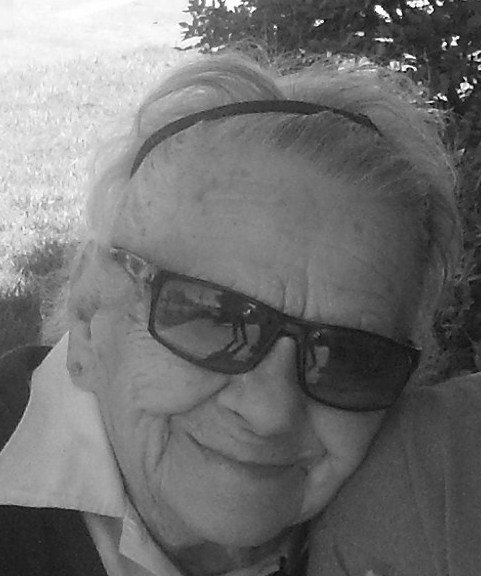 Helen H. Logan, 93, of Tunkhannock peacefully passed away Wednesday June 8, 2016 in VNA Hospice care at Tyler Memorial Hospital in Tunkhannock with family at her side. She previously resided in Ridley Park Borough, Delaware County for nearly 55 years. Born May 21, 1923 in Newton Township, Lackawanna County she was the daughter of the late Peter and Mary Tranowich Phillips. After graduation from the Newton High School she moved to the Philadelphia area where she attended nursing school. She subsequently met Robert Dewitt Logan whom she would later marry after leaving nursing school. They settled in Ridley Park Borough. Together they traveled extensively and attended many sporting events. She was employed by Ridley Park Borough as a crossing guard starting in 1978 and remained employed until her retirement in 2013. She was known to many of the students as she would dress in holiday costumes for holidays while serving as crossing guard. She also loved to garden and was known for her decorations of her house for holidays. She was a member of St. Madeline Church, Ridley Park, PA. She was preceded in death by her husband of nearly 50 years Robert D. Logan who passed away in 2010; brothers Peter Jr., Stanley, Louis and Leonard; sisters Elizabeth and Leona. She is survived by her sister Valera V. Roberts of Blakely, PA; nephew Robert and wife Sherri Roberts of Tunkhannock with whom she resided; nieces and nephews. The family extends its sincere gratitude to Dr. Daniel Williams, the nursing staff of Tyler Memorial Hospital, VNA Hospice, home health staff and home health nurses for their invaluable assistance in caring for Helen. Special appreciation is extended to Helen’s neighbors and friends Roxanne Lucchesi, Andrew Labovitch, Michelle Aline Goulet and Jeanette Daley in their efforts for Helen’s well being. A memorial service honoring the life of Helen will be held at 3 pm on June 28th from the Sheldon-Kukuchka Funeral Home, 73 West Tioga Street Tunkhannock, PA 18657. Family and friends may call at the funeral home from 2 pm until the time of the service. Online condolences may be sent to the family at www.sheldonkukuchkafuneralhome.com.
To order memorial trees or send flowers to the family in memory of Helen H Logan, please visit our flower store.