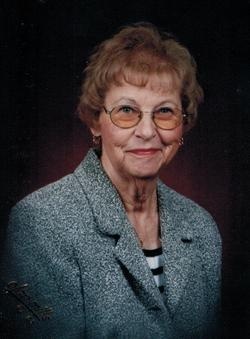 Helen Sawicki Sharpe, 84 of Laceyville and Melbourne, Florida, passed away on Tuesday, May 14th in Consulate Health Care Center of Melbourne. Born in Eaton Township on December 28, 1928, she was the daughter of the late Edward and Mary Gajdica Jurista. She was a graduate of Tunkhannock High School. In her earlier years, she was employed in the garment industry and was a housekeeper for several Laceyville doctors and local priests. She was married to Frank Sawicki who passed away in 1972. Helen later married Clayton Sharpe and together they operated Sharpe’s Lake and Campground in Jenningsville. Helen was a wonderful cook and baker and loved caring for her flower gardens. She enjoyed playing bingo, was a Phillies baseball fan and was devoted to her family. She was a member of the Ascension Catholic Church in Melbourne, Florida and was a breast cancer survivor. She was preceded in death by her parents, and brothers Joseph, Edward, Michael and Andrew Jurista and sister Antoinette Kristunas. Helen is survived by her dearest companion and caregiver, Joseph Grebeck of Melbourne, Florida; son, Frank Sawicki and wife, Jane of Factoryville; daughter, Sharon Norconk and husband, Gary of Hunlock Creek; son, Lindsey Sawicki and companion, Connie Brown of Laceyville; and daughter, Teresa Cameron and husband Lantz of Dushore; grandchildren, Rebecca Veety and husband, Sean of Meshoppen; Robert Sawicki and wife Melanie, of Factoryville; Timothy Norconk and wife Jennifer of Pittston; Shaun Norconk and wife Sherry of Harvey’s Lake; Kailey Cristofaro and friend Phil Saxon of Harvey’s Lake, Virgil Cameron and wife Anne of Satellite Beach, Florida; 12 great grandchildren; Brooke, Riley, Madison, RJ, Kendra, Reed, Teagan, Emmyrson, Finley, Jackson, Noah, and Shelby; brothers, John and George Jurista both of Tunkhannock; Thomas Jurista of Silver Lake; sister, Mary Kuffa of Tunkhannock as well as many nieces and nephews. Friends may call at the Sheldon-Kukuchka Funeral Home, 73 W. Tioga St. Tunkhannock on Sunday from 3 – 6 pm. Services will be held on Monday at 9:30 am from the Sheldon-Kukuchka Funeral Home with a Mass of Christian Burial at 10 am from the Church of the Nativity BVM, 99 W. Tioga St, Tunkhannock with Rev. Dan Doherty presiding. Interment will be in St. Anthony’s Cemetery, Stowell, PA. In lieu of flowers, memorial contributions may be made to the Wyoming County Cancer Society, PO Box 629, Tunkhannock, PA 18657. Online condolences may be sent to the family at www.sheldonkukuchkafuneralhome.com.
To order memorial trees or send flowers to the family in memory of Helen L. Sharpe, please visit our flower store.