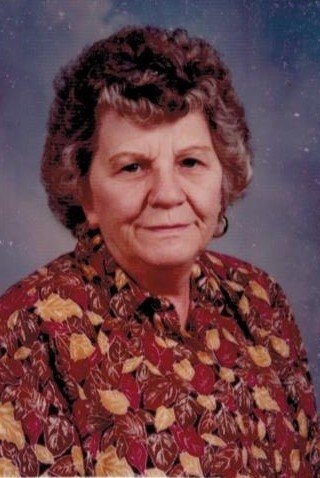 On December 21, 2017, Ida Mae Cleveland peacefully left this earth to be reunited with her soulmate of 67 years, Louis Arjay Cleveland. Born on November 11, 1928 to the late Albert and Emma Monk, Ida spent much of her life raising her 6 beautiful children. When asked how she managed to raise 6 kids, she would often tell stories of keeping a fly swatter or a yard stick handy in the car in case one of them became unruly. After her children were grown, Ida started a job that she loved at the Tunkhannock area middle school as a cafeteria aide. All who passed through the middle school during her years of service knew to stay on her good side and to always refer to her as Mrs. Cleveland, even if you were one of her grandchildren. Ida retired from the middle school after approximately 27 years. She always remained in touch with her coworkers there, whom she remained friends with long after her retirement.

Ida's whole world revolved around her loved ones, always being willing to host Thanksgiving and Christmas in an attempt to get as many of her family members together under one roof. In her free time, Ida enjoyed getaways with her beloved husband, Lou, and trips to the casino. You would rarely find her far from Lou and they were always holding hands, even when they were fighting over him driving under the speed limit. As much as it hurts that we no longer have her with us on this earth, we all know she longed to be together with him again. Like two turtle doves, their love for each other was infinite and unconditional. Besides her husband, Ida was preceded in death by her sisters, Isabella Monk Kneebone and Jane Monk Blum.

A special thanks goes out to Ida's son and daughter-in-law (Kevin and Wendy) and her grandchildren (Scott and Cole), who opened up their home and cared for Ida immediately following the passing of her husband. The family would also like to extend sincere thanks to Dr. Mattei of Geisinger and to Hospice of the Sacred Heart for their excellent care of Ida during her last days here on earth.

Funeral services will be held Thursday, December 28th at 11 am from the Sheldon-Kukuchka Funeral Home Inc., 73 W. Tioga St., Tunkhannock, by Youth Minister Scott Cleveland, grandson of Ida. Interment will be in Sunnyside Cemetery Tunkhannock. Visitation will be Wednesday evening from 6 to 8.

In lieu of flowers, memorial contributions can be made to the Hospice of the Sacred Heart in memory of Ida Cleveland, 600 Baltimore Drive, Wilkes Barre, PA 18702; or to Einstein Medical Center Montgomery attn: Beth Duffy, 559 Germantown Pike, East Norriton, PA 19403.  On-line condolences may be sent to the family at www.sheldonkukuchkafuneralhome.com.

To order memorial trees or send flowers to the family in memory of Ida Mae Cleveland, please visit our flower store.