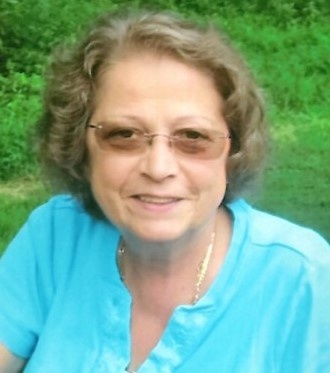 Irene A Talcott, 63 of Tunkhannock passed away suddenly on Monday, December 31, 2018 at Tyler Memorial Hospital.

Born November 5, 1955, she was the daughter of Johanna Costello and the late John Costello.  She was a graduate of Tunkhannock Area High School.  Prior to retirement, she was employed by Grange National Bank, Tunkhannock.

Irene was the wife of the late Lawrence V. (Larry) Talcott. Celebrating 35 years of marriage and having a true love story not many can match.  They are now reunited in Heaven and able to spend their “happily ever after” together.

Irene was a loving mother and kindhearted friend to all.  Irene’s presence was overwhelming, those that knew her loved her because she could always make you smile and made sure everyone was included and taken care of.  She was truly selfless and giving.  Many called her “Ma” because she just had that nurturing and caring demeanor about her.

Irene loved the outdoors and hunting with her family.  She loved to be at her barn with her cows.  She also enjoyed gardening, cooking and canning.  She loved to travel and traveled frequently with friends and family.  Her and her daughter had many adventures together and were basically inseparable.

She was preceded in death by her husband Larry, her father, John Costello and sister-in-law Michele Costello.

Family and friends are invited to attend Irene’s Mass of Christian Burial which will be held on Monday January 7, 2019 at 10:00 A.M. from the Nativity of the Blessed Virgin Mary Church, 99 E. Tioga St. Tunkhannock, PA 18657. To be celebrated by the Reverend Patrick Albert. Friends are asked to go directly to the church on Monday. Interment will follow in Sunnyside Cemetery, Tunkhannock. A viewing will be held on Sunday January 6, 2019 from 3-6 P.M. at the Sheldon-Kukuchka Funeral Home, Inc., 73 W. Tioga St. Tunkhannock, PA 19657.

To order memorial trees or send flowers to the family in memory of Irene A Talcott, please visit our flower store.