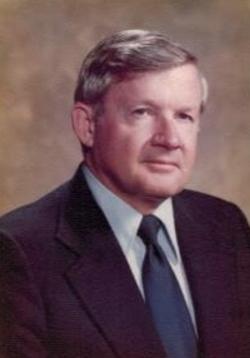 Jack B Stephens Jack B. Stephens, 88, formerly of Tunkhannock, passed away Thursday, February 6th at Gino J. Merli Veterans’ Center, Scranton. Jack’s wife is the former Edith Hontz. Last August they celebrated 56 years of marriage. Born January 26, 1927, in Nicholson, son of the late John and Olive Beebe Stephens, Jack was a graduate of Nicholson High School and the Lackawanna Business College. Jack proudly served in the US Navy from 1944-46 on an LST in the South Pacific during WWII. After the war, he worked for eleven years as a budget supervisor for Mene Grande Oil Company in Maracaibo, Venezuela, South America. He was a business administrator for the Mountain View School District and retired from the Tunkhannock Area School District, after twenty years of service. Jack was a member of Saint Peter’s Episcopal Church, Triton Hose Company, American Legion, Nicholson Lodge # 438 F&AM, Caldwell Consistory-Bloomsburg, and Irem Temple Shrine and other masonic organizations and the Inited States LST Association. Jack was also very involved in helping to bring an old LST ship from Greece to port in New Orleans in 2001. In addition to his wife, Jack is survived by a daughter Schelly Kalmanowicz, husband Paul, Clarks Summit and daughter Polly Will, and husband Dave, Pittsburgh; five grandchildren Zachary, Benjamin, Samuel Kalmanowicz and George and Abigail Will as well as several nieces and nephews. A gathering of friends will be held at the Sheldon-Kukuchka Funeral Home in Tunkhannock on Friday, February 14th from 6-8PM. A masonic service will be conducted by Nicholson Lodge # 438 at 7:30 pm. A memorial service will be held at 11AM on Saturday, February 15th at The Church of the Epiphany, Glenburn, with Father Graham Cliff officiating. Interment will be in Nicholson at the convenience of the family . Jack’s family extends their deepest gratitude to the fabulous staff at the Gino J. Meli Veterans’ Center for their loving care and kindness as well as the staff of Hospice of the Sacred Heart. In lieu of flowers, memorial contributions may be given to the Residents’ Welfare Fund at the Gino J. Merli Veterans’ Center 401 Penn Avenue, Scranton 18503-1213 or Hospice of the Sacred Heart, 600 Baltimore Drive, Wilkes-Barre, PA 18702, or to the Alzheimer’s Association, Greater Pennsylvania Chapter 57 N. Franklin St., Wilkes-Barre, PA 18701. Saturday February 15, 2014, 11 AM at The Church of the Epiphany Click for Map and Directions Friday February 14, 2014, 6 PM - 8 PM at Sheldon-Kukuchka Funeral Home Click for Map and Directions
To order memorial trees or send flowers to the family in memory of Jack B. Stephens, please visit our flower store.

The Church Of The Epiphany