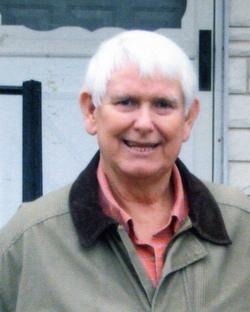 James A. Lyman of Concord Ave, Factoryville, died Thursday April 25th at the University of Pennsylvania Hospital, Philadelphia. He was born in Scranton January 30, 1943 son of the late Raymond and Margaret James Lyman. Jim was a graduate of Dickson City High School. After school Jim enlisted in the United States Army where he was a Staff Sargent and veteran of the Vietnam War. Prior to retirement he was employed for 40 years by Commonwealth Telephone/Frontier Communications. Jim was an avid fisherman, hunter and car enthusiast, particularly enjoying his Corvette Convertible. Most of all Jim was a family man with numerous friends. Jim was a member of Clarks Summit VFW Post 7069, Factoryville Men’s Civic Club and the American Legion Post 604 Moosic. He was preceded in death by a brother Raymond. Surviving is his wife of 33 years Marsha Cushner Lyman, Son and daughter-in-law Jared and Marissa Lyman of Mertztown, PA, a brother Harold of Dickson City, mother-in-law Margaret Cushner of Old Forge, several brothers and sisters-in-law, nieces, nephews, and cousins. Funeral services will be held on Tuesday at 10 am from the Sheldon-Kukuchka Funeral Home, Inc. 73 W. Tioga St. Tunkhannock. Interment with graveside military services’ will be at Sunnyside Cemetery Tunkhannock. Friends may call at the funeral home on Monday from 4 – 7 pm. Online condolences may be sent to the family at www.sheldonkukuchkafuneralhome.com.
To order memorial trees or send flowers to the family in memory of James A. Lyman, please visit our flower store.