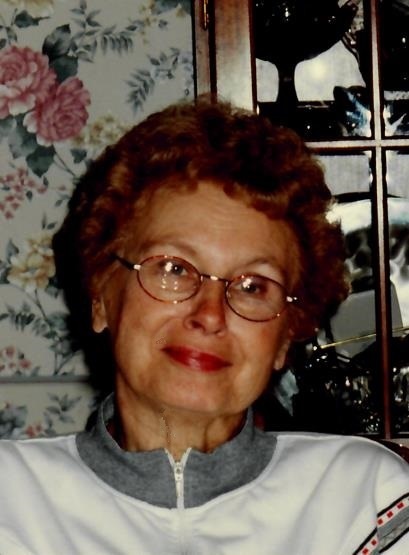 Jane Adams Barber, of Tunkhannock died on Monday, February 11th, at home.  She was born in Pittston, on December 2, 1927, daughter of the late Raymond and Gertrude (Nellie) Gill Adams.

She was a graduate of Hughestown High School class of 1945 and the Wyoming Seminary Business School. She worked for a few years at the Kirby Health center in Wilkes-Barre and then took on her cherished position as a homemaker and mother.

She was a former member of the West Pittston Women’s Club, Pittston DAR, and the Pittston Eastern Star. She was a member of the Lake Winola Cottagers Association.  She enjoyed playing bridge weekly with a group of ladies from the Tunkhannock Area.

She was preceded in death by her husband Robert D. Barber Sr. in 2012 and also by a son-in-law George (Chip) Bunnell Jr. who passed away in 2010.

Family and friends are invited to attend Jane’s funeral services which will be held on Saturday at 11 am from the Sheldon-Kukuchka Funeral Home, 73 W. Tioga St. Tunkhannock, PA 18657. Interment will follow in Mountainview Memorial Park, Harding. The family will receive friends at the funeral home on Friday evening from 5 – 7 and from 10 am until the time of service on Saturday.

The family wishes to thank the Northmoreland Ambulance Association, Hospice of the Sacred Heart, and especially their mother’s care givers Mandy and Kara.

To order memorial trees or send flowers to the family in memory of Jane Adams Barber, please visit our flower store.